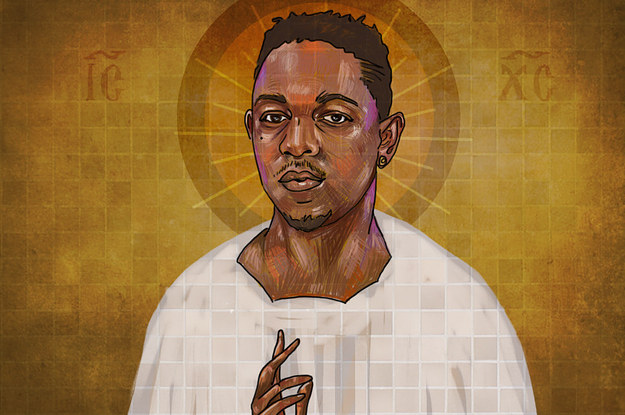 Here is a post originally made for a blog I used to contribute to for a while ran by my good buddy called EverythingBless, just to give y’all a taste of what you can expect from me. My style of writing shifts depending on the topic, but I plan to make this a familiar segment on RLGT:

When I was thinking about what I would write about as my first post for EverythingBless (and now for redleafgoldteeth), at first I thought “hmm, maybe I should do something safe, lay the groundwork with the readers first”. Then somewhere along the line I smoked sum’n and said f*** that. My first post is going to be about something I’m very adamant about (just ask the other writers), the recent flood of TDE “fans”.

First thing is first, I am not trying to take away anything Kendrick, Punch, Soulo or anyone in TDE has done so far, each amazing on its own. Kendrick is an amazing artist, and is one of the few artists left with real passion in his craft, and an artist I hope to one day see live. I don’t want to be that “Kendrick’s control verse wasn’t even the best on that song” guy (but for the record 1. Jay, 2. Sean, 3. Kendrick), but it must also be said that TDE isn’t Kendrick, and Kendrick isn’t TDE. Top Dog Ent is the rap collective compiled of Punch (CEO), Jay Rock, Kendrick, ScHoolboy Q, Ab-Soul, Isiah Rashad, and most recently, SZA (Yea, I googled that shit, so what?), each of whom having pretty solid/notable projects or tracks under their belt so far, or in the works.

My first beef comes with those who claim Kendrick Lamar to be the saviour of hip hop, the greatest MC ever, or even just the best MC out right now. One thing you will quickly learn when you read my stuff if that I’m a huge fan of 3 rappers with completely varying styles; Chance the Rapper, Big Sean, and whoever’s tape I’m currently bumping in the Hoo Whipp (my mom’s Saturn hatchback), which at the moment is Goldlink and his The God Complex tape. Though these guys are my absolute favourite rappers and I can put on any track by any one of them and bump, you will never catch me calling them the greatest ever, just because they are my personal favourites. I would never compare Chance to ‘Pac, or Sean to Nas because I realize the credentials those men have under their belts. I personally feel that K dot fans have a tendency as a group to consider him the greastest ever because of ONE album, or maybe even ONE verse. That just isn’t how it works. If it was like that, Hell, Chano should be the greatest based off Acid Rap, or Big Sean the greatest based off his verses on “Higher” on his Detroit mixtape. But simply put, I understand the need and want to defend your favourite artist, so I’ll let it slide.

The second beef I have lies with SOME of the fans (not the stans) of TDE. This is because half the people I see stunting on Twitter about em, couldn’t name 3 members of TDE.

“that shit is pretty tight bruh, who else you got in TDE? Who in your top 3?!”

“Uhm well, Kendrick, Schoolguy K, and, uhm,  that other guy, uhm with like that hair!! You know uhmm….”

If you can’t name EVERY SINGLE member in the clique then you can’t claim them as the greatest team ever. If you tell me the ’95 Bulls are the greatest team ever I don’t wanna hear about MJ, Pippen, and Rodman, I wanna hear about the WHOLE starting line-up and the role players. A clique isn’t great based off of 2 or 3 (4 or 5) MC’s, because once again that’s not how it works. If we want to play that way, well damn, MMG is one of the greatest ever. Rozay, Wale, Meek, Stalley, Rockie, Trel??!? ALL of them have solid projects out, f*** the other guys in the clique though right? Omarion has put out about as much stuff that a TDE wannabe could name, as they could for Jay Rock (0-1?), and Teedra Moses got the R&B to put them on the same level as TDE and SZA, right?

Long story short, no hate to anyone who represents their favourite squad, hell this post is coming from a Knicks fan (*facepalm*), but please have some merit and some knowledge when speaking, before you end up looking like you got tutored by RiFF RAFF on how to be the man. (ZING)