If you aren’t familiar yet, here at RLGT we like to keep our reviews short and sweet, 100 words or less. Today’s review will probably be very argued against, and expect to see this one re-visited. I’m fighting the urge to make this a 1000 word review, but I don’t make the rules (ok, well, technically I do), I just follow em. This one might be a couple words over. 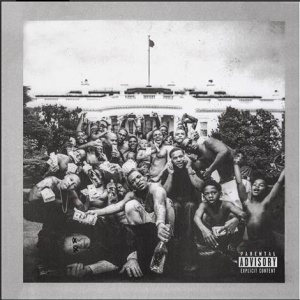 , Hype killed the cat. Earlier this week Kendrick Lamar (accidentally) dropped arguably the most anticipated album so far in 2015 with To Pimp A Butterfly. The theme of the album is like Compton meets Idlewild. Jazz funk, mixed with gangster rap, with a side of real world issues. You’ll hear a lot of “if you research, its much better”, but in my opinion more confusing doesn’t add anything to a project, maybe to a rappers reputation, but not to the music itself. The album seems disjointed with the first half, until “Momma”, a funk showcase suddenly converting into a slow overdone, re-visited social commentary. Its the anti-Yeezus. If you hated that sound, but liked the message, you’ll love this. As much as I wanted to like it, this one just wasn’t for me. (word count:134, sorry ma’)

If you haven’t listened  to TPAB yet, Stream it here!

Rating: 7.5/10, there is absolutely nothing wrong with this album, good content, decent beats, different theme, but to me it just lacks something to draw ME in, and make ME want to keep listening. Singles (“i” specifically) seemed like a commercialized attempt to make radio music without being criticized strictly because it had a positive message. “Let Dre Down”, anyone? Jokes.

Standouts: “u” – a beautiful and powerful track, one of the best songs of the year so far in my opinion. “Complexion”, Rapsody kills it. “How Much A Dollar Cost”… because everyone says so, I guess.

In conclusion, as I say every time, listen to what YOU like. I have a ton of friend who absolutely love the album, and thats awesome. There are lots of things I like, that you might not like, and that’s the beauty of art. Kendrick definitely came to show and prove something with this one after GKMC, and its definitely worth a listen. It could be your new favourite album, who know! Taste-make for yourself, don’t taste-test. Please don’t kill me Stans.