Well folks, its finally here. After eluding the internet for a few days after Tyler the Creator’s announcement, Cherry Bomb has finally leaked! This one was pretty exciting for many rap fans alike, especially after the release of Earl Sweatshirt’s album a few weeks ago. Another buzzing tidbit, is the fact that both Kanye West and Lil Wayne were listed in the credits for the 12th track on the album, a track called “Smuckers”. Along with these 2 the album also includes feature parts from ScHoolboy Q and Kali Uchis. This has been a busy week for Tyler, as he also dropped a new online magazine and app, and played Coachella last night. 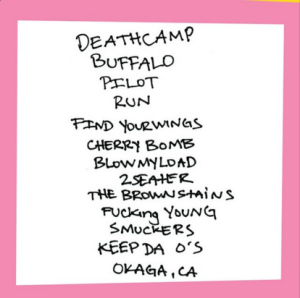 Stream the album below, or download the album now, over at Viperial. If you like what you hear, go support Mr. Creator over at iTunes by purchasing a copy! What did you think of the new album? Did you have any expectations, and did it live up to them? Let us know in the comments below! Look for a new 100 word review from RLGT coming soon as well!