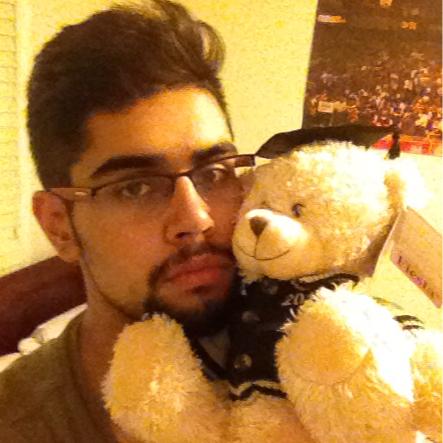 As a way to kick off the new and improved redleafgoldteeth, we will be giving you all a chance to get more familiar with the team behind the site. Every day this week you will get a chance to check out a short bio piece about the squad, and check our some of our newest posts! Keep leaving feedback, because this site is for you, and we love hearing what y’all have to say!

What city are you repping?

I was straight chillin in Vernon, BC till I was 6 years old. I moved to Calgary, AB and have been here for the last 14 years. Family is from India though.

Top 3 favourite albums/mixtapes of all time, and why?

I listen to so much god damn music. This is like asking me to pick the 3 favorite kids out of my 84938232-kid family.

Who are your favourite artists right now?

How would you describe your writing style to the RLGT readers out there?

I don’t know how to describe it. Very bi-polar. I enjoy typing like I talk even though it may not be the easiest to read. I can write like a university student if I have to (because I am one). As long as I get my point across I’m happy. Sarcasm is nice though.

Finish the sentence: The most interesting thing about Canadian Urban Culture is

How fast it’s growing and how it can be a player in global culture for the future. Not too long ago Canada was only known for its maple syrup and igloos. Over the past 10 years, many people from the Canadian Urban scene have gone to expose the world to our culture. We don’t necessarily have a set “culture” per say, it’s more of a mixture (like a smoothie with 7839923 fruits).

It makes me feel good when I hear somebody from America (or anywhere else in the world) say something like “Runnin through the 6 with my woes”. Drake was probably the first Canadian to ever reach that big of an audience, and his influences on global culture have been apparent. With artists like Kiesza coming out of Calgary, I can only feel more proud for my country and its expanding influence on the rest of the world.

This is my signature pose, it is usually accompanied with an “ayyyyyy”

I’m interested in anything that involves music. I taught myself how to play Piano and produce music on Fruity Loops. However, I’ve never really been able to express my opinions on music to a larger audience, and that’s why I enjoy writing for Redleafgoldteeth. The team we got here exemplifies the diversity of Canada, and together we will grow from a tiny seed which will blossom into a beautiful flower (weak comparison, but you get the point).