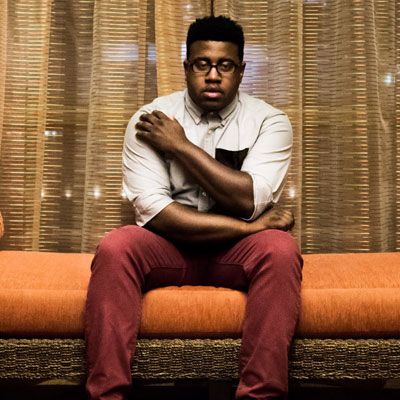 ICYMI: You can check out Volume #1  if you haven’t done so already.

We are committed to posting new weekly playlists over each weekend to 1.) get you caught up to date on the best of the newest music that comes out, and 2.) provide some older tunes that we listen to on a daily basis so that you get some insight into what type of music we like to jam to, get inspiration from, etc.

This week’s edition is highlighted by the new projects coming from Oddisee and Belly (that’s right, the OG Canadian). Included in the mix are more ‘low-key’ artists packed with household names serving as features such as Drake, The Weeknd, and Mr. West.

Let’s get it started!

What We’re Listening To (Volume #2) by Raymond

1. Oddisee – That’s Love: I think this is a perfect song to start off the playlist. Oddisee’s first single off his newest LP The Good Fight provides some uplifting insight into many common interpretations of the word “love“. With the use of his fast paced rapping, a real jazzy beat, and some catchy vocals on the hook, “That’s Love” is one of those joints that will keep you smiling throughout the duration of the track.

If you want to save some money, then click here for a full stream of The Good Fight.

2. Childish Gambino – [Secret Track] 3000 (Beach Picnic Version): The upbringing of this song is still mind blowing to me. I don’t know exactly how it happened, but here’s a quick recap. On Gambino’s two-part release of STN MTN/Kauai, the last track on Kauai was an instrumental remix of “3000”. Within the coding of becausetheinter.net (screenplay used for his second project Because The Internet) lied an acapella, when merged with the track on Kauai, became what has been confirmed to be the finished track Gambino intended for. Sweet eh?

Read more about the discovery here. 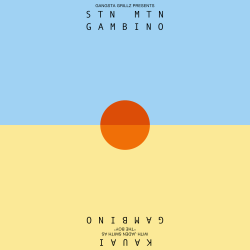 3. SPZRKT – Honest: For those who are confused by the name, it’s pronounced Spazzy Rocket. As one of SPZRKT’s more recent releases, he decides to hook up with California-based producer Sam Baker (Samiyam) to give us a track that speaks on the importance of honesty in a relationship in a real soothing fashion (I’m real sus like that, forgive me). The more I listen to this guy the more I fall into his style of music. What do y’all think?

4. SPZRKT & Sango – How Do You Love Me: I’m sorry, I just HAD to go with back to back SPZRKT songs. I had actually thought of this song right after listening to “Honest”. “How Do You Love Me” is my personal favourite off the collaborative EP Hours Spent Loving You from SPZRKT and Sango. I thought it would have been a good idea to share this specific track with you guys on this playlist (for a full stream of the project, check it out here).

I promise you, the remaining tracks aren’t as sus as these ones. Bear with me here.

5. Belly Is Dead – Might Not Ft. The Weeknd: Just wait a fucking minute here, hold your horses ladies and gents. Am I reading this correctly… Belly. Belly?! I swear I have not heard a single song from him since his joint with Genuine ages ago (check out the OG video below). It looks like Canadian rapper has finally resurrected, with the help some big time names (The Weeknd, Travi$ Scott, French Montana) he’s renamed himself Belly Is Dead and released a new mixtape called Up For Days almost 2 weeks ago that’s available now. (Soundcloud link)

6. Fetty Wap – My Way (Remix) Ft. Drake: *Caution: Extreme Kanye West stanning* I wonder where Fetty Wap would be right now without the cosign of Kanye West? After bringing him out to perform “Trap Queen” at the Roc City Classic in February, Fetty Wap has been blowing up since then. I even checked out his YouTube stats on “Trap Queen”. From basically 0 views, ever since that concert his views sky rocketed all the way up to 70+ million views. Now with a new song My Way, Drake’s decided to hop on and bless this track with a feature of his own. Let’s welcome trap music to the stage.

7. Theophilus London – Can’t Stop Ft. Kanye West: Even though this track features Yeezy himself, I’ll keep the stanning to a minimum here. If you’ve made it this far into the playlist, then the finale will surely be a blessing. Whether you’ve heard it or not, I personally think if you’re not a fan of this song, then you’re not a fan of music at all. I can listen to this song for any occasion. Commuting to school, before going to bed… hell even when I work out. This song is one my personal favourites and every time I listen to it I feel like I’m listening to it again for the first time.

It’s not even just that Kanye produced this track and lent his rhymes, but Theophilus’ voice on “Can’t Stop” is so rich and unique that always has me pondering what kind of  sorcery was used to create this wonderful masterpiece.

That concludes the second volume of “What We’re Listening To”. I hope you enjoyed this installment as much as I enjoyed compiling it. Stay tuned for next week as we try to blend more new music and older tracks so that you can listen to over the summer! Peace.