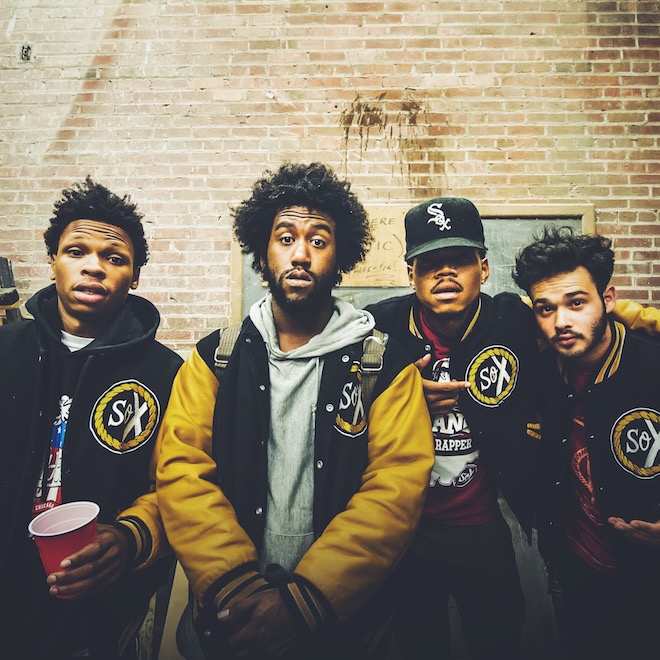 It’s June 3rd, 2015, and its been 6 full days since Donnie Trumpet & the Social Experiment dropped my most anticipated album of the year after months of wait, and I can truly say I haven’t fully gotten over it yet. The following is basically me trying to make sense of the nonsensical feelings I have towards this single piece of art. Hmph.

Geek out for 5 minutes without being able to get out a full sentence, scamper to find SURF on iTunes (it’s not there yet in Canadian iTunes), find a download link on outside site, try to make a blog post, unable to make said blog post because I can’t type (the post turned out like this… FYI), album is downloading – get dressed, wait – I’m going to need some some sticky for this, roll 2, unplug my phone with new album, heart racing – drive to my favourite lookout in the city, sit back. Indulgggggggge. 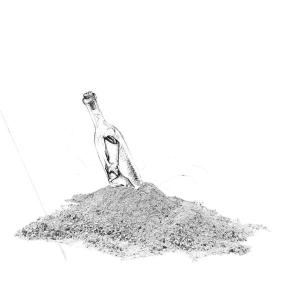 Above is a literal condensed version of the 20 minutes that passed immediately after Donnie Trumpet, Chance the Rapper’s close friend (work with your friends), fellow Chicagoan (Is that a word?), and lead trumpeter in the Social Experiment, dropped his first project with the band entitled SURF. The Social Experiment (SoX) is a band consisting of Donnie and Chance, as well as keyboard player Peter Cottontale, producer Nate Fox, and drummer Greg “Stix” Landfair Jr, who originally announced their debut would drop “before the end of 2014″… this was not the case. Nearly 6 months later, on May 28th, 2015 the wait was finally over, and SURF was released to the joy of hundreds of thousands of fans, including myself.

Personally having listened to Chance for the last 3 years, this album meant heaps of new music from my favourite artist, even if it was billed as a Donnie Trumpet album. Having been there 2nd row at Sasquatch 2014 when the SoX debuted “Everyday Wonderful” , remembering all 3 RT’s I had gotten from him in the last 3 years, writing 2 university papers on his songs and activism, and possibly accidentally maybe contributing to leaking one of his songs (My bad Chano, I didn’t know), this was going to be another big moment in my Chance the Rapper fandom timeline. Chance is just one of those artists that makes it so easy to relate to him, so I feel that many other fans can relate to this. In the months leading up to SURF, I also made it my personal mission to become more well-listened on all of the members of the band, especially Donnie.

After making it through my first play through, then my 4th, and then my 10th, I realized this was not an average album. There was something truly special about this one. There are 3 distinct things that make SURF stand out against the likes of TPAB and Tetsuo & Youth, as the most important (not saying the best, favourites are too subjective) album of 2015 thus far: Musicality, Creativity, & Positivity.

Ahh, the dying art of music in music. Seems like a paradox right? Maybe so, but more and more, especially in my genre-of-choice, hip hop, we are seeing more and more artists who seem to have little to no sense of musicality, and even worse, producers without this sense. I am a stickler for new sounds and all that, but it shocks me when I hear new artists who can’t even keep a beat, much less read music. The most obvious thing about SURF that sets it apart, and makes it so important to the genre, is the clear sense of musicality & instrumentality. In my opinion, this is what sets this album up to be called a Donnie Trumpet album, rather than a Chance the Rapper album. Donnie’s illustrious horn truly carries the album along with the other multitude of instruments incorporated, and really determines the emotion ellicted for each track, especially on the tracks with little vocal additions. To me, this is an important example to see within “hip-hop” (more neo-soul/R&B future fusion), and I hope to see this sort of organic sound return to music. I can’t help but get flashbacks of “Maybach Music 2” (top 3 favourite rap track of the 21st century).

(Above: Donnie flexing his musical chops on “Something Came To Me”)

The 2nd thing I have pinpointed as making SURF so important is the pure creativity. When you take 5 of the most creative minds in Chicago, and add then to tens (hundreds? Too many to count) of other creative musical minds that made additions to this album, it seems like a surefire blueprint to success, although hyper-creativity has been noted as a problem is other notable collabs in the past. Every once in a while an instagram picture of Chance will pop up with another huge name, and it just makes you smile because you know that each time he, or any SoX member works with one of these artists, they are pulling out more new tricks to work with. From Kendrick, to Kanye, to Erykah Badu, to the Migos a new creative influence can be noted after each play. As a self-proclaimed creative, this is inspiring, and I think that this sound will shake up music, and make all artists think about trying something new. Maybe not to the same extent, but I picture this having the type of effect YEEZUS had on the industry a year ago. I mean where else do you find B.o.B. on a song with Busta Rhymes, on the same CD that links Big Sean with KYLE, on the same project that is held down by a huge verse from Quavo?

A standout track, “Go”, sounds like it would be the opening score the an all-Chicago performance of Grease, when Danny and Sandy are dancing on the beach at the end of summertime. SURF feels like one big “ghetto” opera (in the absolute best way possible), put on by a group of friends, and it’s beautiful. 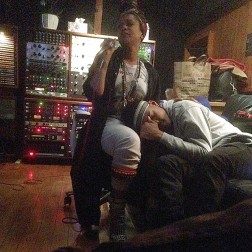 Though “positivity” may seem like a played out, and bullshit reason to call this album important, it may actually be the most prominent idea that led me to my title for this album. SURF isn’t the album that you put on, and instantly feel like turning your hat backwards, spitting some bars, and pulling some air-triggers; It’s the type of album that makes you want to snap your fingers, forget about all the hardships in your life, and call your grandma and see how shes doing (I had to play Sunday Candy for my G-Ma). The day this album dropped I wasn’t having the best day, but as soon as I listened once, I felt like it was the best day of my life. At first I thought it was just the pure anticipation and anxiety of waiting finally breaking, but after my many repeated listenings ending the same way, I realized it was much more than this. Though the album has it’s downstrokes, these just make the highs all the better, and is honestly something I can’t put into any more detailed words.

Above the positive message for the mass of fans in general, this is an album for Chicago. For the past couple of years, the SoX have worked to combat the effects of violent outbreaks all year-every year in the city. From putting on “Open Mike” shows to give the youth a way safe way to pursue their dreams, the their #SAVECHICAGO campaigns, to Chance supporting the [now defunct] Jackie Robinson West little league team on becoming the first all-black little league champions, the band has been doing all they can. SURF is the type of album that could flood the airways and make even put down their weapons, even if for just 1 single day, and come together and be thankful for something the city produced. I believe this is a lesson that everyone around the world can learn from.

2 thoughts on “Journal: Why #SURF Is The Most Important Album of 2015”