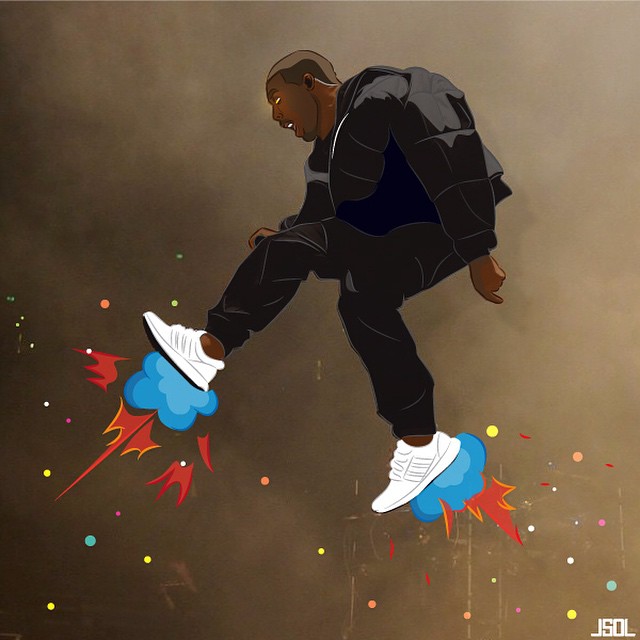 In this segment, we will be highlighting things that we find dope, basically, things that we think you should check out. This will range from accounts we are following, music we are listening too, clothes we are wearing, and the products we are using, etc. Every Monday a different writer will be chiming in, so you’ll get a little taste of all our unique styles.

WHAT WE ARE LISTENING TO: Meek Mill – Dreams Worth More Than Money

As a hilarious tweet that I read stated, “Meek Mill been dreaming more than MLK”, and Meek continues with his “Dreams” series (Dreamchasers, Dreams & Nightmares, Dreams Worth More Than Money the mixtape), with his latest album, Dreams Worth More Than Money. This highly anticipated project was initially supposed to be released last September, but due to his incarceration, ended up being pushed back until its release last night. The 14 track album features many hip-hop heavyweights including Canada’s wonderboy, Drake, on an all-new cut called “R.I.C.O.”, which you can check out below! Listen to the full album leak, here!

WHAT WE ARE WATCHING: First We Feast

A lesser known, but really dope channel that I’ve been peeping lately is called “First We Feast“. Basically its like the food version of Noisey. Artists, and other pop-culture figures are featured in a series of food-related interviews and segments. For example, one cool video features Joey Bada$$ in a NY restaurant tasting some Curry Chicken in honour his track “Curry Chicken” off of his latest album, and bringing his whole family down for a taste and exclusive performance. The cool thing about this one which I think made it so popular (second most viewed on the channel) is just how relatable Joey becomes as soon as it boils down to talking about some home-cooked goodness. One thing everyone can relate to is FOOD. It’s an awesome way to level the playing field and bring the artists down-to-earth for real. If you haven’t seen the channel yet, I reccomend you check out the “Hot Ones” series on the channel, where guests answer obscene questions while eating super-spicy wings, which equates to pure hilarity. MGK is featured in a recent one, which you can check out below!

WHO WE ARE FOLLOWING: @JarrydSol

Self-proclaimed artist and “student of life”, Jarryd Sol is a Los Angeles based artist creating some social media buzz with his series of pop-art style portaits, expanding from Hip-Hop artists, to athletes, to shoes and fashion pieces. Recently he stopped by ESPN’s Sports Nation to grace Nick “Swaggy P” Young, and host Mercellus Wiley with their very own portaits, done by him. Personally, my favourite series by him is his recently released Kanye West inspired “Ye Time/ Ultra Ye” series (which is currently the background on my phone), but its up to you to check him out and find a favourite of your own! Hit him on IG at @JarrydSol to see all of his amazing work!

WHAT WE ARE ROCKING: Atelier New Regime █♣█ 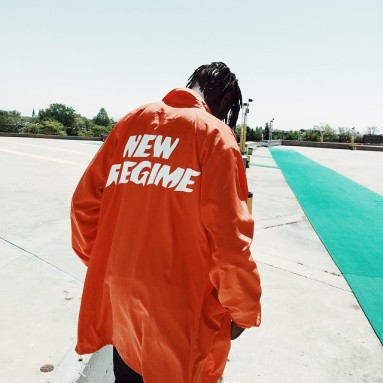 Some of Canada’s brightest when speaking on the topic of urban fashion has to be creatives over at Montreal’s New Regime shop. Established in 2009, Atelier New Regime has been creating dope, wearable pieces ranging from hats, to tees, to tanks, even all the way to their recently released Prison Orange trench coat. After a successful pop-up shop out of a shipping container at this years Mural Festival and some notable co-signs, New Regime has continued to expand and innovate. Subtle, luxury touches combined with pricing that won’t break the bank is what makes New Regime top notch. As a Canadian brand striving to create and innovate, the “hood rich” squad over at the shop have been a true inspiration. Check out their latest lookbooks, and order some for yourself over on their website right now, and take advantage of their free shipping promo while it lasts!