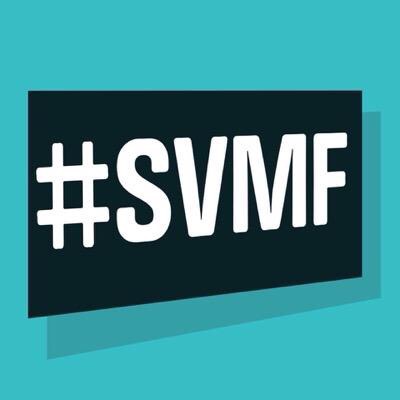 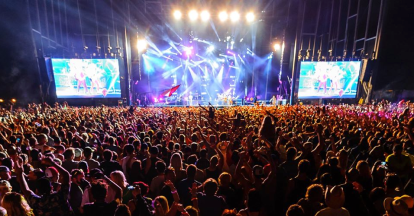 A few weeks ago, we gave you an official festival preview for Pemberton Music Fest (Recap soon), and in anticipation of this weeks Squamish Valley Music Festival (SVMF), we have decided to bring you another! We will be talking about the The Standouts (the acts you can’t miss) and the Sleepers (the lesser known acts that are sure to put on a hell of a show), as well as weighing out the important schedule overlaps. As mentioned last time, a music festival is one of those things; One of those things that you just have to do once in your life. The goal of this preview is to make sure you get the most out of our experience! This will all be topped off with an SVMF pre-mix, perfect for getting to know all the sounds before you experience them!

When it comes the the headlines at SVMF, we get quite a vast array of styles, anchored by OMAM & Mumford in the rock category, Kaskade & Adventure Club leading the EDM charge, and or course ASAP Rocky & Drake bringing the hip-hop.

Obviously, especially given the recent headlines, Drake is going to be the man of the hour. After hosting his own festival earlier this week, it will be interesting to see what tricks Drizzy has up his sleeve. Expect this to be a CRAZY show.

Personally, the “headliner” I’m most excited to see, and perhaps most excited for overall is Chance the Rapper. After seeing him last year at Sasquatch, his talent and stage presence is more than evident, and with the release of SURF earlier this year, expect this show to be more like a movie. Even though he drew quite a crappy overlap with another big name, Sam Smith, you’ll catch me front row at this show for sure.

Overall, with these standouts you can expect some pretty great shows with any one of them!

(Above: The types of stops Chance has been known to pull out at music festivals… not to mention the energy evoked in even the slowest tracks)

When we take a look at the sleepers for this weekend, we notice a lot of EDM acts. The reason for this is that with Tchami, Odesza, Galantis, etc. we see acts that a quite well known within their genre, but to many are quite unkown besides a few songs. Another reason for this, is the lack of variability within big names on the Sunday, leaving for a quite EDM heavy day. Besides the EDM guys, Kaytranada is an awesome Canadian DJ/ Producer to check out!

On the hip-hop front, names like P.Reign & Jazz “Jacuzzi La Fleur” Cartier are sure to impress, and have some break-out performances. I also listed Canadian artist K-Os as a “kind of” sleeper, because I feel like thats almost a disrespectful title for such a legend in Canadian artistry.

Overall, I’ve got my money on ODESZA to steal the show this weekend, especially after they’re killer set at Coachella a couple months back. Their use of live samples is half past rad. Catch them closing out Friday Night!


(Above: An awesome inside look into ODESZA’s Coachella set!)

Drake Vs. Of Monsters And Men Vs. P.Reign Vs. A-Trak, Chance the Rapper vs. Sam Smith, Mumford & Sons vs. Kaskade, Gorgon City vs. SZA,

If I have 1 major complaint about this years line-up it definitely has the be the scheduling. The amount of crazy overlaps and close calls is pretty ridiculous, especially in comparison to Pemberton’s schedule this year, which I’m sure was a large deciding factor for many last minute decision makers.

The most ridiculous jumble being the Saturday Night shit-show that includes a 3 way overlap of Of Monsters & Men, A-Trak, and P.Reign, all the while OMAM also has a 30 minute overlap with Drake, which ALL is preceded by an ASAP Rocky overlap with both A-Trak and Jazz Cartier. AKA 6 of the most sought after artists all mashed into a 3 hour time frame with close calls, and even harder choices to make. Personally, I have already decided that Saturday will be my Hip-hop day, so the overlap won’t be completely the worst for myself, but with such a weak Sunday line-up this is all pretty frustrating.

Besides the EDM vs. Rock/R&B overlaps, which will really come down to preference of style, the other MASSIVELY messed-up overlap is that between Sam Smith and Chance the Rapper, in which 2 of the top 3 line performers share a full HOUR overlap. WHY?!? Although as stated, I would not miss Chance for anything, and admittedly I am not quite a Sam Smith stan, considering these are the last shows of the night, a tiny adjustment in start times doesn’t sound too impossible if you ask me.

At the end of the day, it would be impossible to come up with a perfect line-up & schedule that would suit everybody, so hopefully no one is too distraught over this! (*sobs to self secretly*)

(Above: I’m just saying, a little serenading at sun-set wouldn’t be the worst thing…)
Bottom line, Squamish Fest is going to be a blast & I can’t wait to chop it up with you all! If you see rocking an RLGT logo tee, come say hi! In the meantime, check out our offical RLGT x SVMF Pre-mix, featuring 60 songs to get you prepped for this weekend! Enjoy