Welcome back for another edition of Sh*t We Like. In this segment we will be highlighting things that we find dope, that we think you should check out. This will range from accounts we are following, music we are listening too, clothes we are wearing, and the products we are using. You’ll get a little taste of all our unique styles and hopefully inspire you to become the ultimate Canadian taste-maker.

SH*T WE LIKE: WEEK OF SEPTEMBER 7TH (BY RAYMOND)

WHAT WE’RE LISTENING TO: GriZ – Chasing The Golden Hour Pt. 1

Four days ago when this was released, it’s been the only thing I’ve been listening to. Let me tell you, work has been a breeze with this playing on my iPod. Magical, relevant, and most of all.. dopeness.

In GriZ’ own words he describes it as,

I wanted to recreate the carefree good vibes you feel when it’s just about sunset on the perfect summer evening and everything is the most beautiful shimmering tint of gold. Chasing The Golden Hour is that magical moment, it is the cool breeze against your back, it is sweet summer swagger in music form. Enjoy the chilled out vibes 🙂

WHAT WE’RE READING: ‘Fresh Off the Boat: A Memoir’ by Eddie Huang

Eddie Huang is the one man I could compare my lifestyle to; hip-hop, admiration for food, and chinese culture. The other day I finally had the chance to watch an episode of ABC’s Fresh Off The Boat, the show that is based on his life story. I didn’t pay much attention to it, but I’m well aware that Eddie had said to different media outlets that he doesn’t like the show cause’ he thinks they skewed his tale to make it Hollywood.

Well, fuck them Eddie! For a while now I actually wanted to learn about his life, and so I bought his book (actually 5 of them to give as gifts) hoping I could understand more about him and his perspective on life.

From YYC to YEG. Before coming here, I’ve heard a lot of different opinions about ‘Deadmonton’. Let’s just say its not all that great. I’ve been here just over a week now, and let me chime in on this debate. Although I haven’t had the chance to explore the city yet, I’m not going to hammer it down quite yet. 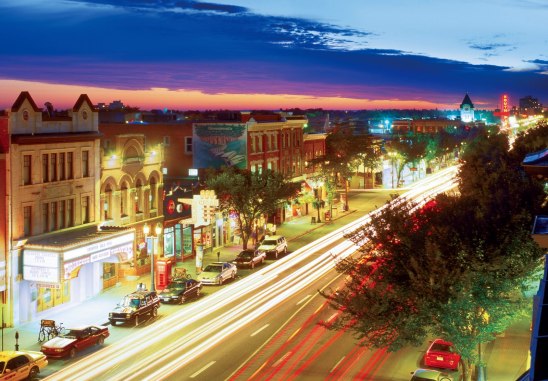 I live two blocks from Whyte Ave, which has been deemed as Calgary’s downtown “17th Ave”. I can confirm that statement. Going out Saturday night, Whyte was jam packed with drunks, f*ck-bois, and a lot of live music. It’s going to take me a couple more tries to truly give a proper judgement… but for now I’ma say that it’s been a good experience so far.

WHAT WE ARE WATCHING: FIBA Americas Championship 2015

Summer is always the best and worst season of the year. Why? Because of the good weather and because of the lack of sports. Not putting down the other sports that are on during the summer, but I don’t have any interest in it. For me, it’s all about basketball. When I saw a feature of Team Canada’s basketball team lining up for the FIBA Americas Championship on TSN, it got me a little excited.

As we all know, thanks to Andrew Wiggins and 6 God, Canada has been quickly showing the rest of the world how great of a country we are. With the FIBA tournament going, it’s going to once again give Canada a chance to get into the spotlight with a successful tournament.