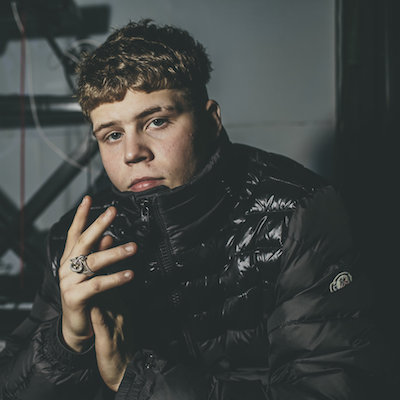 A dirt-bike floating through the sky over a cemetery like a fuckin’ full moon cycle, or an alien on a bike with a baby in the basket.

The saddest boy of all, Yung Lean himself, has officially dropped the visuals for the latest A-side cut off of his coming project. The Yung Gud produced track, “Hoover”, showcases Lean’s improved sonics and style, while the video displays the cinematic struggle that is motor-cross racing. Rubbing the dirt out his eyes, Lean raps “wake up with some liquor on me” over the ghoulish vibes that serve as a soundtrack to the Leo Siboni directed mini-movie. Contrary to the ironic vibes we’ve become so used to from Lean, “Hoover” serves as a great pallet refresher for all the curve-brim boi’s out there listening.

Check out the wavy new visuals below, and expect the official single sometime next month!