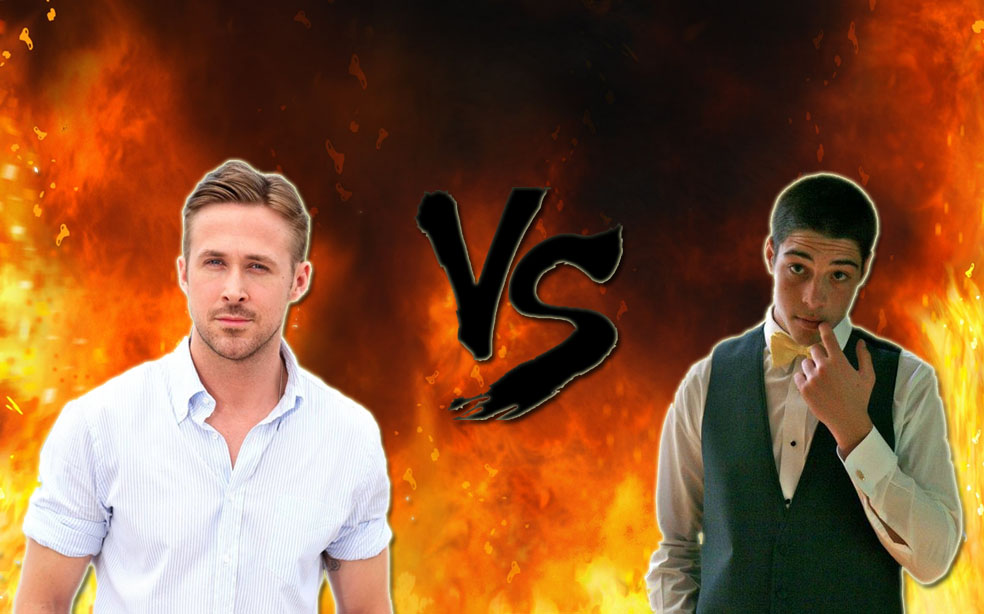 The Curve Chronicles: Pimp, Remember What I Taught Ya

(Hint: I didn’t remember what they had taught me)

In high school I had a body type that was a rough cross between E.T. The Extra Terrestrial and Gumby. I was plagued with regular voice cracks that could blow your ear drum. My greatest accomplishment was memorizing Tech N9ne’s “Caribou Lou”. “Cool camera!” was an icebreaker that I really actually used at a party once. I was about as enticing as Trump’s haircut and had more curves than Rainbow Road.

Being that my physique and women were as confusing as the Coriolis Effect, which, coincidentally could be used to calculate the magnitude of this curve, dating was not my forte. From what I had ascertained from romantic comedies, movies tended to be safe, boring, and generally manageable first ice breakers. Perfect. I took a girl to one. It was a double date to Drive nonetheless. “That sounds like a good, totally-not-excruciating-or-embarrassing-in-any-way plan.” I thought to myself. False.

Doomed. I was doomed from the jump.

My buddy, the deuteragonist of this harrowing epic, picked my deeply troubling torso up first so we could run through the game plan. It took all the careful planning and nitpicking capable of two high school boys sharing a Couples Night Movie Pass. As it was, the game plan was to A) talk to the girl, and B) sit beside said girl at the theater. Bulletproof. Couldn’t fail. Once both females piled into the car, we took off like a pair of Danny and Sandy’s with less grease and more acne. We were adorable, let me tell you.
We arrived and filed into our spots. Guy, guy, girl, girl and I forgot to sit beside her. I FORGOT TO SIT BESIDE THE GIRL I TOOK ON A DATE. I fumbled one of the two steps I had laid out for myself. That’s half the plan, or 50% for all my Engineering friends out there. Brimming with youthful ignorance and Dr. Pepper, I saw the situation to be rectifiable. Buddy guy and myself “excused” ourselves to a quick stop at concession where he berated me for royally botching our crazy ass scheme. We returned shortly, now not-so-subtly in a different order so as to allow myself to plop down beside the poor girl.

Thankfully, a higher power had presented me with an opportunity to flap my gums. The trailers were to begin rolling soon, and that ass-hat Marc Saltzman was spouting his “Cineplex Gear Guide” schtick. Belittling D-grade celebrities has long been a passion, so I took the opportunity to cash in a joke at his expense. It was gonna be great; something about his voice probably – he has an awful voice. What came out instead sounded like nails being dragged down a chalkboard that Skrillex turned into a number one single; a voice crack the likes of which this planet has never encountered since. This is what we call irony. If the IMAX had been made of glass it would have shattered and rained down on us, which, honestly, would have been preferable.

Next thing you know, we’re all silently gawking at the screen because a 30-foot tall Ryan Gosling has taken over our universe being quiet, convoluted and cool in full denim. I wear full denim all the time and have still never managed to look as dope. You wanna know one crucial thing a mid-pubescent, lanky, human toothbrush lookin’ dweeb should never do to impress a member of the fairer sex? Juxtapose himself with Ryan Gosling. Ryan fucking Gosling. Hell, I was more excited to see him than the girls were. Did you know he’s Canadian? He is. So dreamy.

There was two parts to my plan. Two parts. That’s such an easy number to conceive. On that night I witnessed them both plunge into the drain that is a clunky metaphor for my teenage angst.

Oh you thought we were done eh? Nah G. We just finished the movie, we still had to get home. Time to CLOSE.

In the car on the way back to our respective digs, the scenic route was decided as the best route. It was nearing the witching hour – 8:00pm – and my badass was showing. It was time to make some impressions. The scenic route consisted of the country roads surrounding developed neighbourhoods. It was very beautiful.

Around this time I’m pretty sure I was playing UGK and Outkast’s “Int’l Players Anthem” on constant rotation because none of my friends had ever heard it, rap knowledge was my ticket to marginal popularity, and Andre 3000 wears a kilt in the video. We blared it from the car speakers because it was summer and if you presented me with a greater summer song, well, I wouldn’t know how to react. Three Stacks’ verse in that song is so great. I recommend you check it out. Go on, I’ll wait….I know right? So smooth. That “Spaceships don’t come equipped with rearview mirrors line?” Just fantastic. You know what does come equipped with rearview mirrors? Cars, which brings us back earthbound to the sweaty little coupe. The topic of “ghost riding” came up between the four of us. “Ghost Riding,” for the unaware, is when you get out of a moving and car and walk beside it to impress the plebs inside with your gal and youthful stupidity.

You know, I wish I was more like Andre 3000. He seems so charming, like he’s really got his shit together. Andre 3000 doesn’t get voice cracks. Andre 3000 would never ghost ride his friends Chevy Cavalier.

I ghost rode my friends Chevy Cavalier. Andre 3000 would be ashamed.

I got out of the passenger side, stumbled on the the seatbelt briefly before I caught my footing a marched alongside the rusted beater. Everyone was so impressed, probably. They thought I was so cool, maybe. I was the coq of the walk, on top of the world. Nothing could stop me. Nothing minus a pothole.

In a twisted, desperate act of social euthanasia, my buddy drove off to spare me the embarrassment of crawling back into the car. He dropped both girls off at home, and I can only imagine fruitlessly attempted to sugar coat my pathetic baboonery as a would-be Lothario. I had begun walking home for the better part of 20 minutes when he returned to pick me up. I think we got ice cream after. If so, it was delightful. A second date was never salvaged from the fuming wreckage of the first, but Drive has since become one of my favourite movies, so I guess everything worked out.

I still get voice cracks from time to time; I maintain that they’re “cute”. I trip all the time, so come the perils of having the same body type as Chewbacca with the dexterity of a garden hose.

The moral of the story: Be like Ryan Gosling; don’t get voice cracks. Be like Andre 3000; don’t ghost ride. Don’t do both. Don’t curve yourself.

After editing this article it dawned on me how soul-crushingly depressing this may be to read. Here’s a tiny anecdote to lift your mood from sickening pity to general apathy:

Once at a bar I tried talking to a lovely young woman, who immediately informed me she had a boyfriend in the vicinity. Later, the boyfriend coincidentally bought me a beer and showed me the fresh tattoo on his ass he had received the night before. It was of Bubbles and Mr. Lahey from Trailer Park Boys and it was breathtaking. By another divine stroke of irony, I received HIS number by the end of the night. Little victories, it would seem.