“I’m loving JMSN right now. He’s an R&B singer and his album ‘Priscilla‘ just dropped. I really like his voice and I like that element of, really just soul, but part of the same sound that he possesses.” – Usher in 2012

Having been known for his moniker, JMSN, over the past few years, Christian Berishaj is ready to break stride in 2016. From my own research, it doesn’t seem like there’s much news surrounding JMSN’s upcoming third album It Is; and there really should be. 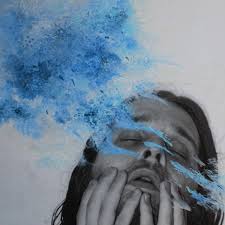 Recently, JMSN released details about the album via text messages to his fans. JMSN has always seemed like an eccentric character with a personality as genuine as there can be. Hell, he’s been doing much more than just informing his audience, but instead, interacting and answering questions with his fans on an interpersonal bases. A truly refreshing experience.

March 1st, 2016 brought us our first sneak preview of JMSN’s new work, with a new song called “Cruel Intentions” being released to the public. The slow progressive RnB jam is nothing less than perfection, adding to JMSN’s continuous consistency throughout his entire discography.

Check out the track below, and be on a look out for his new Album It Is,  when it drops May 6th. Also, SUPPORT JMSN BY PRE-ORDERING THE ALBUM, HERE.