Fresh off of his first general release, “Games”, Wade Hampton is back at it again with an even silkier cut titled “Make Ya Say”. 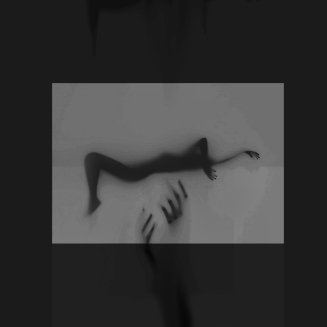 This time, the 19-y/o Nashville, TN based singer-songwriter blissfully croons over a slow production from Penacho (who also evidently is a sample-god, because damn). A stickler for the late-night, candle-lit jams, Hampton’s ineffable intone will have you finger-snapping & hip-thrusting before the 1st hook even comes in.

As just the 2nd track that has been released thus far, it may seem almost too good to be true and perhaps it is. Hampton tells us about the slightly unusual but rewarding journey he took to make it to this point: Instead of diving in with a catalog of training-wheel cuts, the young vocalist waited until he got everything just right before releasing anything – “[I’ve] spent a lot of time and hard work finding a sound that I truly want to be.” He explains that he doesn’t want to make it about himself, he wants it to be purely about the music. And it’s working.

“I grew up playing piano and that’s where the passion for music started. Over many years, I developed into a singer/songwriter but felt like something was wrong. I Quit doing music for awhile. It took a lot of down time and kind of came to a realization that I wasn’t doing music for the right reason… It wasn’t for ME. It was fake, it wasn’t real.

The music needed to be for ME, and it needed to be real. So I re-found that passion for music, that I once had as a kid just playing piano, through friends [like Zach Taylor], family, and all the music that was being released around me that I connected with. Music is and always will be my passion.”

Adding to the absolute treat that is the new song – which is only 1 of many Hampton plans to release over the next few months – “Make Ya Say” also comes along with visuals, exclusively premiering right here!

Check out the official video for “Make Ya Say” by Wade Hampton below, and hope that it can tide you over until the next drop. Until then, just sit back and enjoy the show. Follow along over on Wade’s soundcloud, here.

One thought on “RLGT Premiere: Wade Hampton – Make Ya Say”