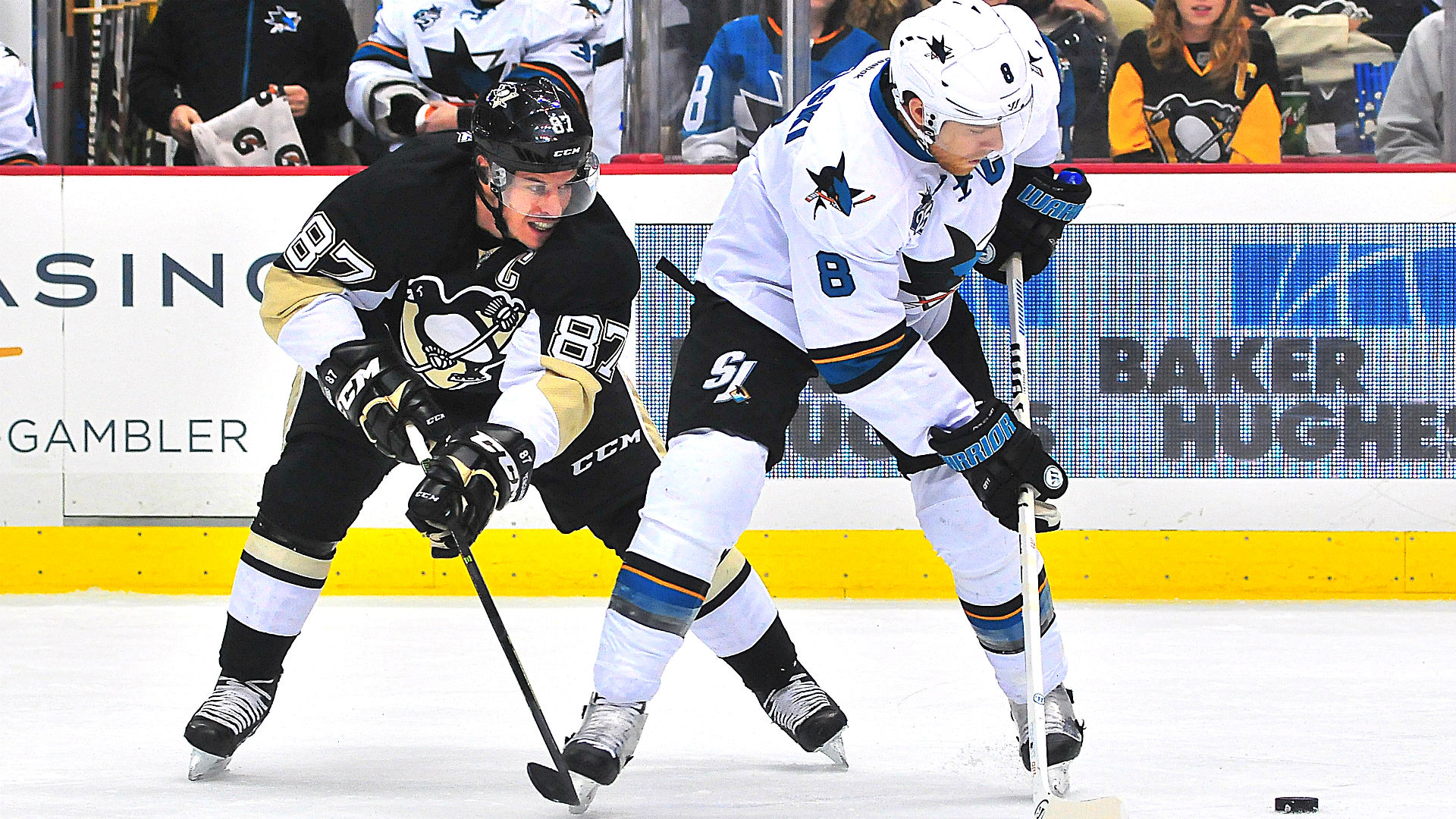 A journey that started last June at the NHL draft, a long season of training, a grueling 82 game regular season and 3 rounds of playoffs have all led up to this; the 2016 Stanley Cup Finals. RLGT has watched every game, and without further adue, here it is, the official RLGT 2016 Stanley Cup Finals Preview; Everything you need to know to enjoy the game as a casual fan or a hardcore fan is all right here! 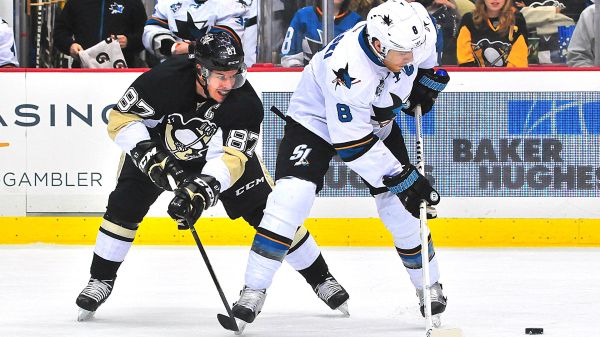 This year’s finals can be called the “redemption series”, the Sharks finally meeting expectations they have had for a decade, and Sidney Crosby finally bringing his Penguins back to the finals. After winning the Cup in 2009, many experts expected the Penguins to have multiple rings by now, but like the Sharks, they have fallen short year after year. The good news is that one team will finally fulfill expectations and win the elusive ring.

Western Conference Champion San Jose Sharks flew under the radar this year after a decade of being a perennial Stanley Cup favourites and are in the Finals for the first time in their 25 year history.  After missing the playoffs last season, the Sharks had a decent season finishing with 98 points and earning a first round date with my Stanley Cup pick LA Kings. After blowing a 3-0 series lead 2 springs ago and missing the playoffs last season, many people wrote the Sharks off and figured their time as cup contenders was over. However, they managed to beat their rival and exorcise their demons in 5 games and have rode the momentum of that first round win all the way to the finals. After a offseason of turmoil with long time Sharks Joe Thornton and Patrick Marleau being asked to agree to a trade and asking for a trade respectively, a public fight between GM and Joe Thornton, the Sharks were the probably the most unlikely western conference winner, but here they are.

The Penguins went through a major shakeup in the offseason and throughout the year, firing coach Mike Johnston in December and bringing in Toronto superstar Phil Kessel and role players like Nick Bonino and Carl Hagelin. Putting up a solid 104 points in the regular season, the team seemed destined for playoff failure when goalie Marc-Andre Fleury went down with a concussion in late March. Rookie goaltender Matt Murray has taken the reins and led Crosby and the Penguins into the Finals and for the first time in a long time, Penguins fans feel like they have a legit shot at throwing another Stanley Cup Championship parade.

From afar, each team has strengths that play to their opponents weaknesses so this will be an entertaining series sure to draw in more fans like St. Louis Blues super-fan Tony X (twitter: @soIoucity). The Penguins speed will challenge the Sharks defense and San Jose’s scorning depth and powerplay will cause the Penguins major headaches. With so many storylines and matchups to watch, hardcore Penguins fans like Husspey and casual hockey fans can both enjoy solid entertainment for 3 hours starting Monday night in the steel city.

What To Watch For:

2 things stand out to me to watch this series above all else, the Sharks powerplay, and the Penguins HBK line. WWE star Shawn Michaels has become a Penguins fan in large part to Pittsburgh’s HBK line (Carl Hagelin, Nick Bonino, Phil Kessel), which features the Penguins playoff-scoring leader Phil Kessel and their overall speed. Hagelin and Kessel are two of the top 5 fastest players in the league and they have used their speed to draw penalties and burn the opposition for goals game after game all playoffs. Meanwhile, the Sharks powerplay comes into the finals operating at 27% and has a knack of always scoring a big goal to get the Sharks back into a game or to bury an opponent. The powerplay was a major reason the Sharks were able to beat LA in round 1 and will burn the Penguins if given the opportunity. Their puck movement and decision making with the man advantage is incredible and is going to cause Pittsburgh issues all series. 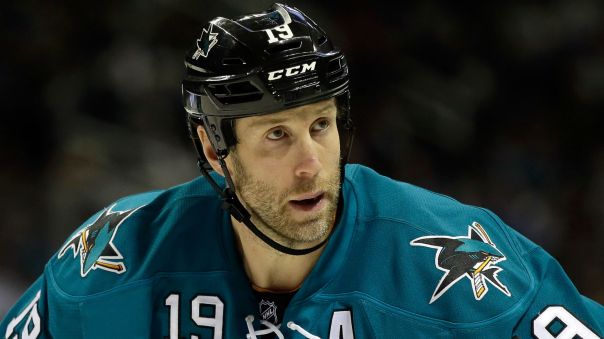 San Jose Sharks: Joe Thornton. Jumbo Joe hasn’t had the easiest time in the bay area the last couple years and is known as a playoff no show around the hockey world. Nobody has more to gain with a Cup win then Joe in my opinion. The 36 year old already has an MVP and Olympic gold medal but has never been able to chase down a Stanley Cup. If he can continue to provide solid secondary scoring with Joe Pavelski and Tomas Hertl the Sharks will have a lethal 1-2 punch with playoff scoring leader Logan Couture anchoring the Sharks second line. If Thornton can find 2 more weeks of great hockey in his jungle of a beard (http://www.fearthefin.com/2016/5/29/11808822/2016-stanley-cup-final-joe-thornton-waxes-poetic-about-his-beard) then I really like the Sharks chances of winning it all.

Pittsburgh Penguins: Matt Murray and Sidney Crosby. Matt Murray will need to fight through traffic in his crease and adversity game after game like he never has, as the Sharks will be sending Joel Ward and company to his crease on every shot and he will be getting a snow shower on almost every save. Murray needs to keep his cool, not get rattled and probably steal the Penguins a game in order for them to be successful. Pittsburgh’s other X-Factor is Mr. Golden Goal Sidney Crosby. Crosby seems to disappear for multiple games and then come through with a big goal when the Pens really need it. Against San Jose, he will need to be noticeable every night, even if he’s not scoring. By being a legitimate threat every shift, San Jose will have to pick between playing their shutdown defense pair against Crosby or the Phil Kessel line. Crosby needs to step up and show why he has been considered the best player in the world for the last decade or the Penguins will have an uphill battle to win a ring. 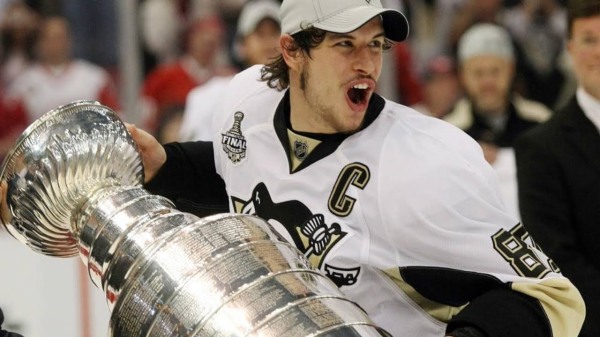 Up front, the teams look fairly evenly matched, so much so that it’s hard to give somebody a definitive edge. The Sharks boast big skilled forwards like Joe Thornton, Patrick Marleau, Tomas Hertl (https://www.youtube.com/watch?v=yMw4nksG7UQ) and Conn Smythe favourites Logan Couture and Joe Pavelski. Mix in some role players like Joel Ward and Melker Karlsson and the Sharks are big, skilled and have the depth to have multiple lines beat you.

Pittsburgh is led by their captain and Canadian Olympic hero Sidney Crosby and Russian superstar Evgeni Malkin, who together form the best 1,2 centerman punch the league has seen in a long time. However it has been the Phil Kessel, Nick Bonino, Carl Hagelin line that has stolen the show offensively for the Penguins and formed a dynamic, speedy line that is not only exciting to watch, but a line that can cause major problems for opposing teams and has taken some attention off of Crosby. All 3 players were not on the roster at this time last year but have proven to be an invaluable assets to the Penguins on their run to the Cup this spring.

Who Has The Edge: San Jose. With Joe Thornton being as relaxed as ever, and the offensive size and scoring depth the Sharks have, they have the slightest of edges up front and should be able to put up some goals against a worn down Pittsburgh blue line. Bottom line is that Pittsburgh relies Crosby, Malkin and the Kessel line way too much to have an edge in this matchup.

Any championship has to have a solid blueline and a number 1 defenseman (Just ask the Edmonton Oilers) and both teams have that intimidating presence as well as depth. San Jose has the luxury of playing Brent Burns’ and his infamous beard 25+ minutes per game (his 75 points in the regular season ain’t too shabby either) while the Penguins can and have played Kris Letang close to 30 minutes/night since mid March. The loss of Trevor Daley is a major blow to the Penguins and I fully expect that void to be exposed in this series. The Sharks forwards are just too big and skilled for players like Ian Cole, Justin Schultz and Ben Lovejoy to handle playing 20 minutes against them every night. Kris Letang has been used like a rented mule to this point and logic has to think that he will eventually wear down against the physical Sharks forwards.

Who Has The Edge: The Sharks, and it ain’t even close. Trevor Daley would make this more of a fair fight for the Penguins, but with his return already ruled out, the Sharks have a clear advantage. Outside of Brent Burns, they also boast Canadian Olympian Marc-Eduardo Vlasic and veterans like Roman Polak and Paul Martin who are extremely hard to play against. Pittsburgh has Letang and a bunch of unknowns and prospects that have yet to find their game in the show (looking at you Derrick Pouilot, Olli Matta.) The fact that the Penguins have used Letang so much up to this point will hurt them as I believe he won’t be able to be effective playing half the game in this series due to fatigue and the physical nature of the Sharks.

With Marc-Andre Fleury being reduced to a cheerleader this spring, the goaltending matchup becomes fascinating. On one end is Martin Jones, acquired in the offseason where he served as a backup in LA. Jones has come to San Jose and done a remarkable job as a first time starter. In the Penguins crease is highly touted rookie prospect Matt Murray, thrust into action after an injury to #1 overall pick and fan favourite Marc-Andre Fleury. Both have stolen a game or two for their teams on this playoff run but both are experiencing their first time being “the guy”.

Who Has The Edge: Tie. Neither guy has a clear edge over their counterpart in net simply because both guys are unproven. I think Matt Murray is the better goalie coming into game 1 Monday Night, but I’ve also seen him get rattled and let in some soft goals. Martin Jones rarely amazes but always is there when the Sharks need him. Jones will be tested like he never has this series and Murray will need to keep a level head and not let the Sharks rattle him. Whichever goalie can do this better, will lead their team to the Stanley Cup. 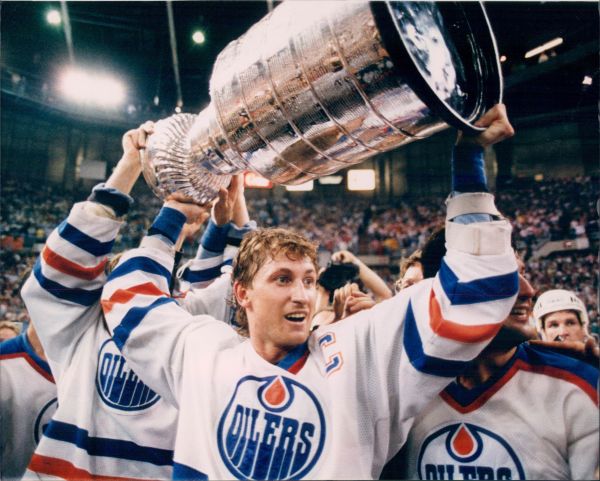 Sharks in 6. Looking at this matchup, there are too many things that have to go perfectly for Pittsburgh to win the Cup, and the loss of Trevor Daley on the blue line will be a major reason the Penguins lose the cup. San Jose is too big, physical and skilled up front for the Penguins to handle, the Sharks will get to Matt Murray and their powerplay will win them at least 2 games on its own. I’ve been let down for a decade by San Jose, but this year they have a different feel, Thornton and Marleau are no longer the superstars and their defense core has a good mix of speed and finesse and physical shutdown players. Unless Crosby and Malkin significantly step up their game, the San Jose Sharks will be your 2016 Stanley Cup Champions.