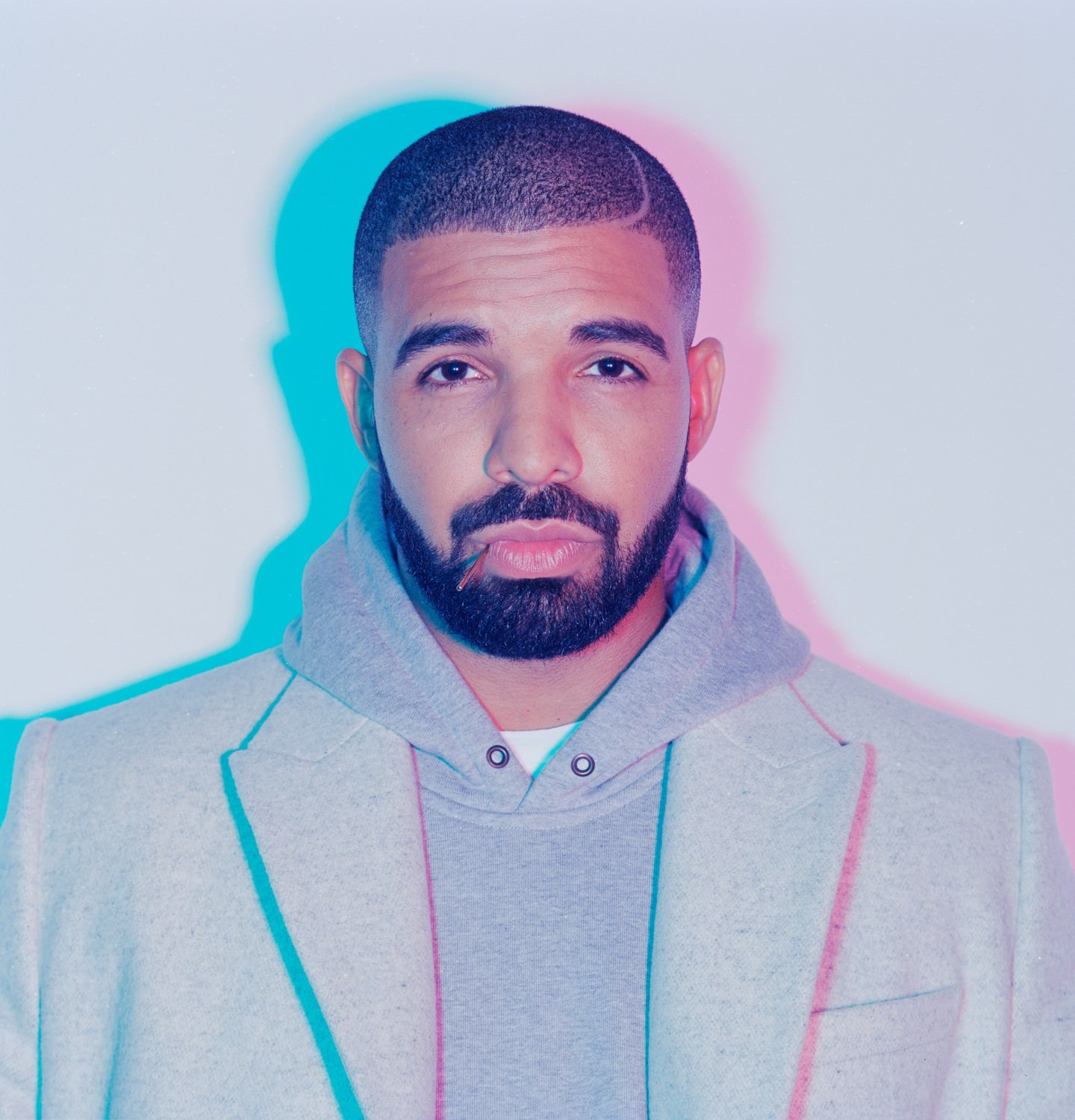 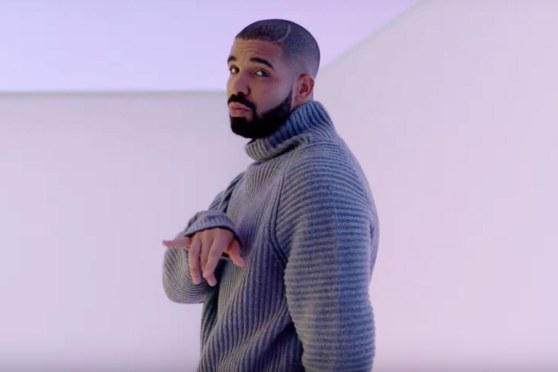 Drake is both complex and not complex at the same time, which in itself is a very complex idea. He  isn’t complex because he leaves everything on the table, all of his emotions written out in layman’s terms. It can be refreshing in a world where rap is becoming the highest form of poetry, but at the same time it can leave you feeling a little empty inside. He is complex because he feels a lot of feels and isn’t afraid to turn them into mega-superstar hits for everyone to hear. I should try being more like Drake. So before I get into this, let’s take a quick review of Drake’s major releases.

Ah, the beginning of stardom. It’s always a beautiful thing, because you don’t know it’s going to happen until it does. The two most recognizable songs from this album are Over and Find Your Love. Looking back, Over will always be one of the most fun songs to rap along to because some of those lines are so obvious that they go right back around to being clever again. Find Your Love on the other hand is probably one of the corniest – albeit catchy – songs ever made. Exhibit A: “You hear but you don’t listen”. I think I saw that on a Hallmark card once. These songs were the start of Drake’s ascension into the spotlight, and as a whole the album was a pretty good start to his career. The final track, Thank Me Now, was both a genius but once again horrendously obvious closer to the album, which honestly added to the charm. Thank Me Later was his preemptive  encore to a career that hadn’t quite happened yet.

So by this point everyone was healthily obsessed with Drake – and they had every right to be. Thank Me Later had some decent substance to it for this new kind of self-reflective sad-rap. And then Take Care was released and everyone lost their minds again. His second release saw a few more singles make it onto the radio waves, with probably the most notable being The Motto featuring Lil’ Wayne – who sounded like he just got out of bed – which almost engulfed the whole album in its own popularity, making it feel like it was the only track on it. Once again, Take Care saw Drake’s heart on his sleeve, with some strong tracks dedicated to his mom (rappers love moms), and the rest of the album generally slower and sadder than The Motto originally promised. It’s funny though, thinking back to that album, because my favourite track was Buried Alive Interlude. Drake didn’t even rap on that song, it was Kendrick Lamar. And it was very powerful.

Nothing Was The Same

Alright! Album number 3! This, in my opinion, was a very good album from him. NWTS opens up on a much stronger beat than the last two, setting the scene that this album would indeed ensure that nothing after this would be the same from him (which we soon notice is a lie…but keep reading). There were some serious bangers on this album, re Worst Behaviour and Started From the Bottom. I want to talk about the latter in particular, which I think is a very underrated, easily hated on song. Sure, the lyrics aren’t necessarily “life-changing”, but not everything has to be, and it’s one of those songs that you need to focus more on how it makes you feel to really get it. Does it make you feel like you started from nothing and made yourself into something? Does it feel like you deserve to be driving a way nicer car than your 2002 Hyundai Accent with rust on the rims? If you answered yes – or at least considered answering yes – to those questions then Started From The Bottom set off what it intended to do as the first single from the album.

If You’re Reading This It’s Too Late

Drake is almost officially god status at this point in the eyes of the public. This album was fun, because it really felt like Drake was stepping out of his comfort zone – though I would like to add that his comfort zone is about 30 cm in diameter and a step out of that isn’t much. This was Drake trying to be a gangster, trying to lay some heavier beats down, and that’s something you need to applaud him for. We were finally getting a different side of Drake that didn’t make you want to cry. It was a great follow-up to Nothing Was The Same, having a great balance of big beats while not being too much in your face. It was subtle. It made me feel really cool even without having to drive with one hand on the steering wheel. That’s pretty big. Unfortunately, this album didn’t see the same kind of radio play as his previous ones, but that’s ok. It felt like Drake released an album for himself, which he kind of did, first releasing it as a mixtape then later releasing it as an official album. That was both frustrating and cool. I liked this Drake. Also, I just found out that woes are friends and not all the personal baggage I carry around. I have to go delete some tweets now.

So remember earlier (one paragraph ago) when I said that Drake led us to believe that nothing would be the same, and then he went and lied to us? You don’t? Yikes. Well I said that, and Views is why. It didn’t open up with a strong track like Nothing Was The Same. It went back to the sad, slow Drake of his first two albums that was both enjoyable and exhausting at the same time. I will probably get some flack for being hard on Views, but I just really liked the excited Drake. The Drake that wanted to be a “gangster”. Even his singles had something about them that just wasn’t as powerful as the ones from Nothing Was The Same, and as a whole it lacked the literal energy he sang about in IYRTITL – ya that’s a ridiculous acronym. I honestly can’t even get through a full playing of Views because I just get too bored – listening to it feels like dragging your feet through mud while Wonderwall is on (fuck Wonderwall). And really, Hotline Bling was only as famous as Drake’s dance moves, and One Dance was lucky that we didn’t have a great summer of Top 40 hits  – but nobody seems to want to accept that. I did finally come around to One Dance though – I just really like the first 10 seconds. 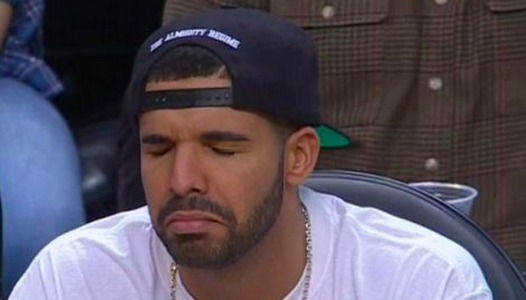 Alright, now that we have that out of the way, you’re probably wondering where I’m going with this, and you probably think I kind of hate Drake – I don’t, I do like him. You probably also need a break. Please go have a quick stretch and grab a drink of water, then we will begin.

Ok, so why do people like Drake so much? When you really think about it, he is literally the Taylor Swift of rap. Maybe he used to be more so earlier in his career than he is now, but he still basically is. And people really relate to that. One of his biggest singles, Best I Ever Had – which, I might add, is from a mixtape – was his defining moment. It was the moment that we knew that Drake was 10-ply soft, and that we liked him being 10-ply soft, and that was new. It was like when we discovered that our tongue could detect five different flavours instead of four. It was something relate-able from a genre that is so unrelate-able for 90% of the population that listens to it. We all like to think that we get rap, but we don’t really get rap until we’ve seen what produced rap. So when Drake came along, and he started rapping about his broken heart, we finally had something that we understood; something that we have felt personally. It was music for people that didn’t grow up in gang neighbourhoods; that have never had a gun pointed at them and/or pointed a gun at someone; that didn’t have a face or neck tattoo. It was the first time that rapping about what Drake rapped about so consistently became such a popular and world-wide phenomenon. That’s why people love Drake so much. He made rap a much more complex thing without being complex himself. And that’s not something you can fault.

Also, lest we forget…