How do u luv that?

2016 blew. It will sit in infamy among a handful of other horse-shit-like years as the worst ever. The other’s likely took place in the wake of Earth’s latest extinction event (approximately 66 million years ago. Quite a doozy I’ve heard). It’s a year that would prelude a dystopian sci-fi where the world has ended, atmospheric dust coats a fractured society, and Denzel Washington and Mila Kunis are trying to escape Gary Oldman. And though its ending is welcome, it’ll be ambiguous. There’s so many unresolved plot-lines:

An erratic, bombastic, ego-driven, Kanye West, playing with a culture he’s got wrapped around his finger like a yo-yo.

How a world without Bowie and Prince and Leonard and Phife and Muhammad and Sager and more feels like it’ll be missing an abundance of weight-bearing pillars.

2017 is shaping up to be a seismic year with severe repercussions and unwieldy solutions. Solving the story we have in large part written for ourselves is going to take a lot of balls, so we might as well put on our big girl panties are start asking the tough questions.

Let’s start at the top, at the toughest question. Right here, right now.

I haven’t “Run Up” the “Digits” yet, but I imagine “Drippin’” was the most “Buzzin’” title for a rap song this year, especially coming out of “Zone 6 ft. Gucci Mane.” So let’s begin:

Lil Yachty’s “Drippin’” is the third best out of the three, but more importantly, it’s the worst out of the three. It’s simply not a great song, and most certainly not “Drippin’” as the titled would suggest. It comes in last for the most traditional reason a song this rejective of classic hip-hop standards could possibly merit: It’s not good rap.

Fellow Freshman 21 Savage is not that great of a rapper. He’s a captivating persona who, with the most appropriate backdrop provided by Metro Boomin’ was able to swathe through the torrential output of new music this year by distancing himself from the pack like a psychopathic talking to himself in solitary confinement. Hearing what he has to say can be gripping, but hearing him say it is numbing.

I imagine Lil Yachty is smart because he’s played off going internet-platinum while sounding like a piece of Silly Puddy that sprouted beads and a mouth so well he was able to nab a commercial spot with Lebron James. But I don’t delusion he’s a good rapper. There are cracks, little spaces between floorboards of acceptability that expand when memes replace critical thought and retweets outweigh reflection. That’s where Lil Yachty keeps his lyric sheets. He wouldn’t have survived three or even two years ago. I hope his fame plateaued with “Broccoli.” I doubt it did. That he’s on the XXL Freshman list in 2016 is a sign o’ the times more than anything; a crimson haired, melted-marshmellow-mouth metaphor. It’s cynical, and I may be on the wrong side of history. But I doubt it. Soulja Boy was “bad” and his influence allowed Odd Future to DIY their way into ubiquity and subsequent critical fandom. People didn’t didn’t like Lil Wayne circumnavigating pop’s plains with a delivery that mimicked Promethazine sloshing around in styrofoam cups post-Carter 3, but it gave us Young Thug. So maybe Lil Yachty – two, three, four years down the line – will have allowed for the breakthrough of another stylistic mavin. Maybe I’m wrong. But I doubt it. (EDITOR’S NOTE: He probably is.)

Young Thug’s “Drippin’” is the second best. It begins with a synth inverted on itself, a sound that would come out of a set of bongos were they made of coils and struck in descending order. Apart from a set of drums and a bass simple enough to be in a Garageband sampler pack that jumps in about halfway through Thug’s verses, there’s little to pay attention to production-wise. Allen Ritter’s beat is almost too easy, and it would be if not for the fact that it obviously is allowing for Thugger’s elephant-in-the-room spotlight.

His flow, wherein he geeks on the beat, is as fractured as our our attempt to pinpoint him. The 3rd song on the underwhelming Slime Season 3 is Thug at his most precise. Considering his peak efficiency with No, My Name Is Jeffrey’s fluid sing-song format, hearing him locked into such a rigid cadence is jarring in the best way. He slices up the opening line, “He geeked on a beat/Two freaks I just geeked SK Kel-Tech XPD” syllable by syllable, attacking each word at every point of weakness. It’s incredible. Last year Thug released Barter 6, Slime Season, Slime Season 2, and about a kajillion songs on the internet, leaked or otherwise. It was a stylistic runaway that drew instant biting and pyroclastic rejection by old-heads. It solidified Young Thug as a star, a trailblazer who ‘d rather rebuild genre-stereotypes like Lego than return to Mars. “Drippin’” was his oddest vault yet. It was a stylistic detour en-route to the pop-mastery present on Jeffrey, but likely a necessary step in proving his skill. 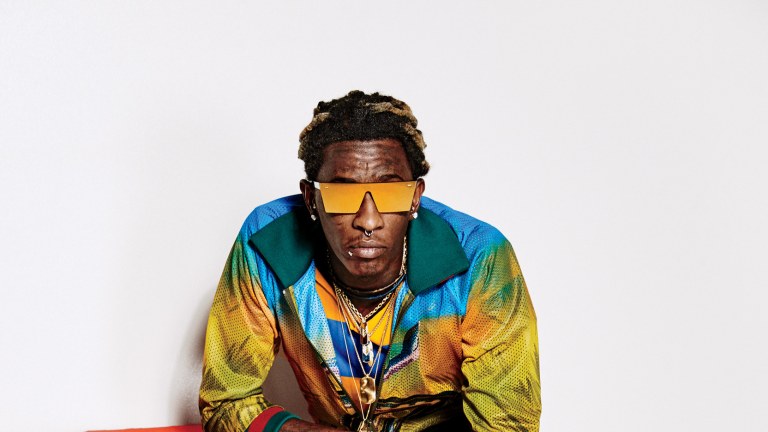 The lyrics are what hold “Drippin’” back from being one of 2016’s elite, as opposed to one of 2016’s admirable. Outside of a couplet or two in the first verse, there’s little substance to Thug’s technical marvel. The second verse is equally astonishing in delivery but even more hollow. An argument lobbied against Young Thug’s lyrical acumen is a losing one, and a redundant one at that. He brags about seeing breasts at Hooters, so fire a hot-take in the oven about “real hip-hop.” Anybody can go to Hooters and witness cleavage, but you’d be hard pressed to anybody else that would do with with as much abandon and unimpeachable cool. But 2017 could hinge on this ranking, so insightful criticism can’t be half-assed. Our fate depends on it, maybe.

There’s so many great aspects to this song. There’s the tag — “If Young Metro don’t trust I’m gone’ shoot you” — a warning as and co-sign of the genres current best-producer long before Kid Cudi would follow it to internet-breaking effect. There’s that haunted beat, those shimmering piano keys warped in the vacuum of Boomin’s nightmarish production. There’s Future Hendrix at his Future Hendrix-y best, with a vocal turn as acid-washed as his guitar toting namesakes haziest licks. 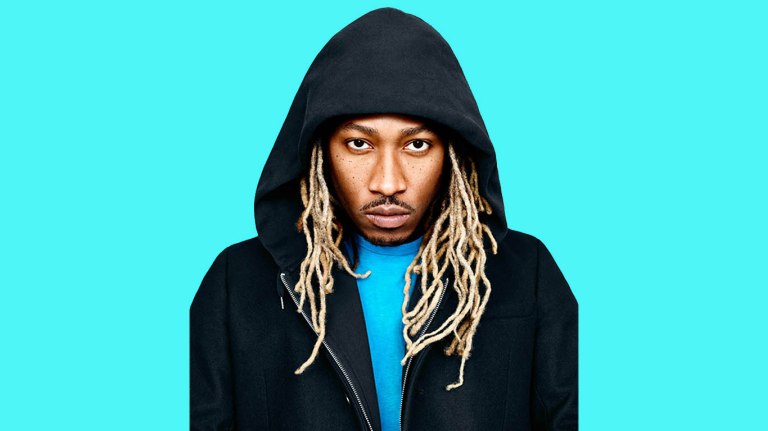 “Drippin’ (How U Luv That)” is Future at his best, where he’s meant to be; the rockstar that nightmares are made of. When Nayvadius DeMun Wilburn decided last year that he was more comfortable as a villain it led to a historic run that allowed him to live out his ATLien folkloric status on a global level. He no longer had to make ballads for the radio, or pop songs that faded in the glare of “Turn On The Lights.” He created a space — a purple-ish black hole filled with Actavis and stripper poles in the dungeons of Atlanta— where he could bunker down and return to form. Purple Reign was the capstone on a run that started with Monster (2014), continued through with Beast Mode, 56 Nights, and peaked with DS2 (all 2014). When it dropped on January 17, before we realized what a shit-storm the unfolding year would be, Reign’s reception was lukewarm. Sure, it may not be as strong as the former four (solo’s only, we don’t mention WATTBA), but eleven months later it sits among the year’s best mixtapes. It caps his sixteen-month run as arguably the best rapper on the planet.

So there. We’ve settled it and we’ve earned another sound night of sleep for the progress we’ve made. It’s official. Future’s “Drippin’” was the best “Drippin’”* of 2016. Phew.  2017 should be a lot easier now. I sure hope the Cavs again.