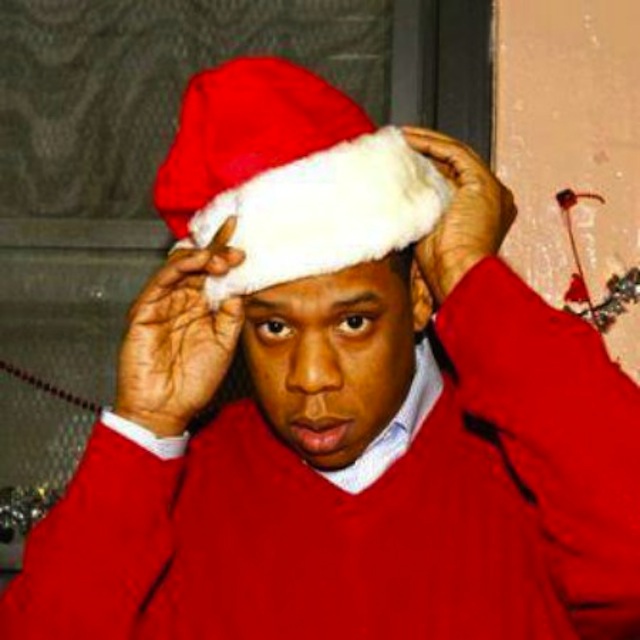 The holidays are a special time for everyone. Regardless of which holiday you celebrate, being off work or school and being around the fam is definitely worth celebrating and embracing. The drinks flow and the food is slammed, but most importantly (arguably), the music plays. As soon as Halloween passes and November 1st hits, its not uncommon to hear the carols chiming within days, and as annoying as they are, we can’t pretend they have a special sweet spot around the holidays.

Of course, as kids of the 21st century nothing is holy to us, and in reality we don’t want to hear a quartet singing “White Christmas” on our doorstep… we want BARS; even on December 25th. So, for this edition of the RLGT Round Table we discuss our favourite hip-hop (or pop) iterations of classic Christmas music. Some old, some new – all great.

Strap in, this sleigh don’t stop for nobody.

The Round Table: What Is The Best Hip-Hop Xmas Song?

Call me the Grinch, but I don’t really like Christmas songs. Maybe it’s my cold heart pumping icy blood through my veins, or maybe it’s the fact that Christmas Carollers have jaded my every opinion about holiday tunes – caroling is weird, and it always will be. Or maybe it’s a healthy mix of both. Whatever the case, there is one tune out there that will always get me feeling in the holiday spirit – ‘Christmas in Harlem’ by Kanye West (pre 2016 meltdown). There are three versions to this tune, varying in length and featured artists, but my favourite is the 4 minute version that only features Cyhi the Prince and Teyana Taylor because I’m a *key word* simple girl and I don’t need much.

Here are the things that I like about this Christmas song:

So the key take away from this is that “Christmas in Harlem” is a wonderful Christmas tune that isn’t dripping with mushy lyrics, fruity instrumentals, and most importantly, can’t be sung by carolers (Editors note: CHALLENGE ACCEPTED).

Hospey’s Pick: Chance the Rapper & Jeremih – “Stranger At The Table”

If Chance the Rapper & Jeremih’s new Christmas mixtape was a Christmas movie, it would be Die Hard; Probably not the most traditional in any sense, and probably not fully intended to be timeless, yet here we are.

Though a little early to be declared as timeless, the new project, Merry Christmas Lil’ Mama, features not only some amazingly jukey originals that really only a true Chicagoan could appreciate, but also some exhilarating takes on a few certified classics. The highlight for me without a doubt would have to be “Stranger At The Table”, Chance & Jeremih’s spin on the classic Jackson 5 banger “One More Time”. The crooner provides an intimate vibe on romance in 2016, while the rapper picks up the tempo to add the aforementioned Juke flair to the track.

Besides being a great sounding song in general, the nostalgia alone is enough for me. Although this version has only been out for about 4 days, being raised by a die hard (see what I did there) Michael Jackson fan in my mother meant that I grew up with all of the classics playing all of the time, especially at Christmas time. So to hear my favourite rapper remix a song that will remain special to me during every holiday season for the rest of my life is a present in its own (but, like, an iPad probably would’ve been just as good of a present…so, yea).

This may be the most unconventional pick, but my favourite Christmas song HAS to be DMX’s grimy rendition of the classic “Rudolph The Red Nosed Reindeer”. I swear it’s impossible not to keep a grand smile throughout the entire video. DMX may well be known as one of the most hard-hitting rappers to ever be alive, and to hear such a cheerful holiday song twisted to his style is just something one could never fathom until seeing it with their own eyes on a glorious 1 minute long YouTube video.

The radio host starts off the video by saying to DMX “hey, so I printed the lyrics of Rudolph The Red Nosed Reindeer”. Without any hesitation, he just stunts on her replied “I knooooooww the lyrics”. Just like that, he goes off and starts the song by introducing all of Santa’s reindeer. LIKE COME ON. Even as a kid I just read off the big screens in the school gymnasiums when we did holiday singing… but for DMX to memorize them?! That’s impressive. Goes to show it doesn’t matter how hard or how gangsta you look, the holiday spirit always lives on.

I personally don’t celebrate Christmas, but I do love Hip Hop (and the dawg) and I do like to sing some Christmas carols from back in the day – so for me, seeing these two genres combined and seeing them work so god damn well is a fucking cool thing to listen to during the holidays.

When I think of Christmas music, classics like “Feliz Navidad” and “Happy Xmas” (a John Lennon banger I may add) definitely come to mind… but nothing quite tops Mariah Carey’s glorious Christmas album. Even though its been aged 20+ years, like a fine wine it will never get old, only better.

Songs like “All I Want For Christmas Is You” and “Christmas (Baby Please Come Home)”are songs that really signal to me that its Christmas time. Her album is something that can be listened to all day on Christmas day, while her covers of songs like “silent night” and “Hark the Angels Sing” are great to listen to while putting out cookies for santa before bed. To be honest, the whole album is great. Mariah wins, end of story.