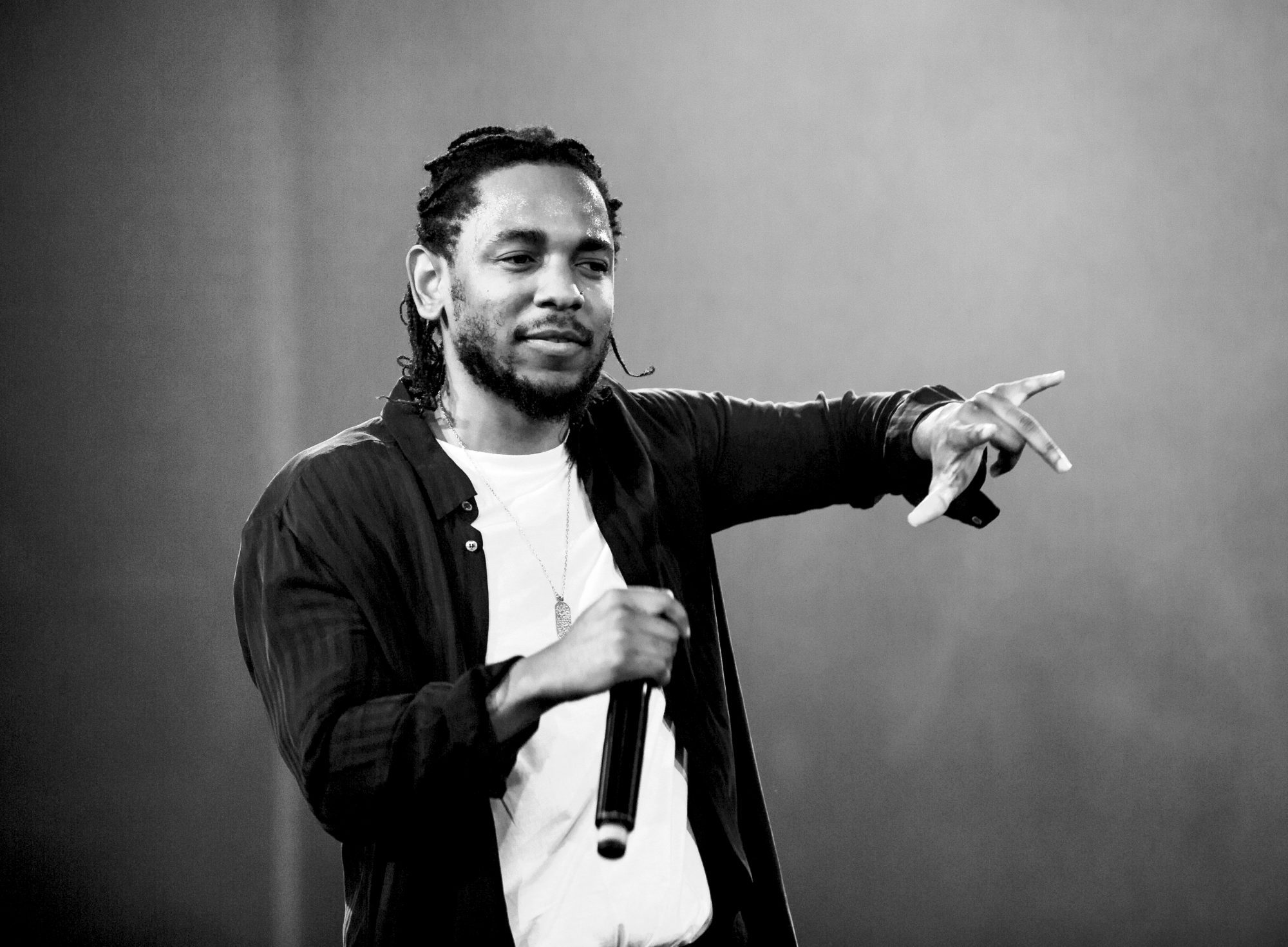 As has been well documented, I am probably the furthest that a hip-hop head could be from being a Kendrick Lamar fan/stan. I missed the boat on Good Kid, M.A.A.D. City, and To Pimp A Butterfly made me shake, but not in a good way. It’s been a series of ongoing internal battles for some time, but after Lamar’s roll-out alongside an intriguing single, I had a hunch that DAMN. could be the one that ends the war.

*Take this review with a grain of salt, as this is less of a comprehensive insight, but rather (and quite literally) a first listen review. I clicked play, closed my eyes, and then tweeted out every first thought that came to my mind with each track. This is a summation of those thoughts, but you can find the original thread of Tweets, here.* 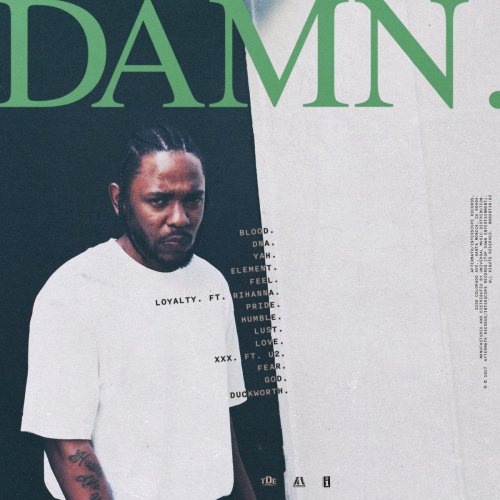 You can see it in his eyes.

The intro story, “BLOOD.”, is great. A strong duality is exampled, and I’m not sure if triality is a real word, but if it is, this is definitely an example of it even more so. Lamar, in the same weary tone, weaves together a tale of wickedness v. weakness, and the hypocritical, withered, pointing finger of the USA.

“DNA” is possibly the hardest track on the project, with a heavy Mike Will instrumental. To be Kendrick, or Drake, or Kanye, sifting through filing cabinets of the coldest beats ever created must be an amazing feeling. The production quality of the project alone is enough to start it off at a 6/10 without having to vocalize a single lyric. “Imma make it look sexy” Lamar then exclaims on “ELEMENT.”, another standout cut/ Instagrammable caption generator.

“Who [produced this one]? The feedback is holy on this shit” I jotted down. “FEEL.” is an early favourite for the purists on social media, but to be honest I couldn’t agree more. Playing with alternating flows, this song feels more like poetry. Intelligence radiates off K. like sun-rays off the top of a bald head. Powerful lyrics, stark delivery. Beautiful.

AND THEN “LOYALTY.” DROPS AND I’M BOUNCING IN MY SEAT LIKE I’M BIG QUINT. The sampling is crazy, and Rihanna comes with some (not) surprising bars. If he makes this the next single (I imagine it would be – he keeps his lyrics fairly clean for a reason, I’d believe), this will be a hit. The next song “PRIDE.” feels like the “Bound 2” music video on mute. The type of song to make you miss all of the words and starting daydreaming about that girl. It’s frostbite in the middle of summer.

One of the only missteps Kendrick takes on the album is with “HUMBLE.”. As a single, I LOVED the song. But in the order of the album, it smacks you in the face, and not necessarily in a good way. Perhaps it’s to awaken you from the trance of “PRIDE.”, but the intimacy is left as a mere chalk outline. The song itself is still great, and it feels like he’s talking directly to the “bitch” that killed his vibe in 2012. Nonetheless, wrong place. I wanted to see where he’d take it from here – perhaps marking the beginning of the loud section, but nope. “LUST.” follows, and is black and viscous; This jawn feels like that part in the Toby McGuire version of Spiderman where Venom is taking over the entirety of his body and he can’t help but try to fight it. Oh, and the strings at the end. Perfection. (Producers, please take notes. More hip-hop production needs to incorporate those strings.)

The juxtaposition is created as “LOVE.” completes the same duality we witness throughout. Still light in consumption value, “LOVE.” is bright – golden almost. It sounds like every cheesy over-exposed fan-flick compilation video that you’ve seen on YouTube; “Hit that shoulder lean” is the couple playfully dancing in some open pasture or something along those lines. Zacari shines on the hook and gives the track life.

Gang members or terrorists, et cetera, et cetera
America’s reflections of me, that’s what a mirror does

Without a doubt, “FEAR.” is the best, most complete song on the project. The deep baritone drones; this is oppression. You can feel the pain. This track is America, it is the quintessential black experience from an American. Have you ever noticed the relation between a whooping and a whipping? One more sampling of vivid dualism. The licks, the lyrics, and that damn symphony. “FEAR.” is an interlude, a ballad, and a skit all in one. Tears.

Sadly, the least impactful track for me is “GOD.”(perhaps due to the masterpiece it had to follow). The beat is triumphant, but the lyrics don’t do much for me. And tbh, I think God probably sounds a little more like “Pink+White” …but that’s just me. Part of me hopes that he just slotted that one in there to set up a crazy closer, because “DUCKWORTH.” is exactly that. Lamar spits his truth, telling the story of his now label-owner and then gangster Anthony “Top Dawg” Tiffith sparing Lamar’s father’s (nicknamed ‘Ducky’) life while he was working at a KFC, long before the rapper’s time. With the album starting with death and finishing with more life (word to Drizzy), the final & encapsulating binary is complete. One where a gang-banger will save your life and a blind lady will snatch it. Really makes you say, “DAMN”, huh?

On the 55 minute epic, Kendrick Lamar foregoes the former Jazz laden formula for a cohesive boom-bap meets modern poeticized approach resulting in DAMN. It is America in 1992, and America in 2017. With little to apologize for besides 1 misplaced single and 1 throwaway quality cut, the album delivers on just about every front; tasteful features, an amazing deck of instrumentals, and exactly the type of lyricism you’d expect from “the greatest rapper alive”.

Click the picture below to grab DAMN. from Apple Music. 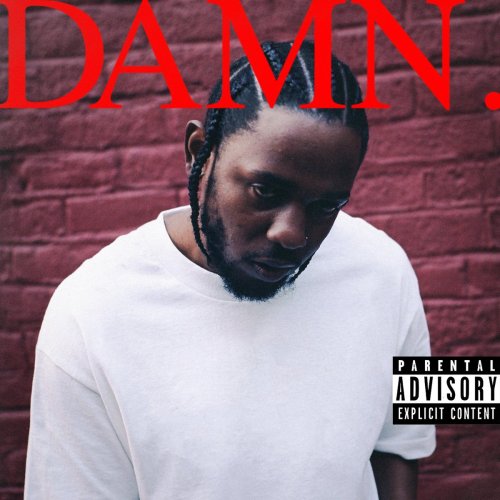