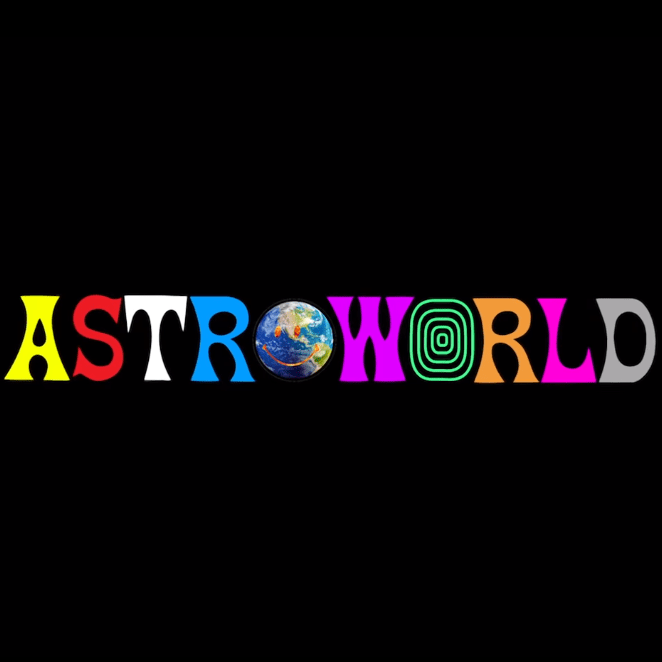 “Astroworld’s my planet, my home”

It’s almost here. Travis Scott’s Astroworld is arguably the most highly-anticipated album to be released in an already ever so memorable year for hip-hop music. It almost feels surreal that at midnight tonight, we will finally be able to hear the long-awaited project.

On the dawn of the release, Cam covers everything you need to know, anticipate and expect on Travis Scott’s third studio album.

Earlier last week, random giant golden sculptures of Travis Scott’s head started appearing all over the States. It was pictured on top of various locations such as record stores, music videos, baseball stadiums and city parks. We knew something was coming sooner rather than later. 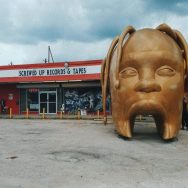 On Tuesday, Travis posted the link to some next level visuals on Twitter in his official album announcement, finally confirming a Friday release. The clip encompassed Travis Scott walking around a frozen landscape of what could be the remains of the old Houston theme park. It begins to come alive with a dreamy outer-space overlay as planets begin to circle the rapper. He rides around in a shopping cart; the sh*t around him explodes; there are wolves. “Stargazing”, a song rumoured to be on the project is used as the soundtrack to the trailer exemplifying the type of sound Travis will be running with. You should watch it, assuming you haven’t hundreds of times already all over Twitter.

Astroworld will have two official covers designed by artist David LaChapelle. The first image, showcases children entering a bright and joyful family-friendly theme park. This represents Astroworld’s innocent daylight presence. The second cover – reportedly the special edition – embodies a darker more mature tone in which the landscape is the same, but what encompasses it is different. There are burning cars, burlesque dancers, and a… spray-painted car seat? Nonetheless, both covers are un-fuck-witable. Seemingly, the interpretation is that the initial cover represents Astroworld’s innocent playful daytime presence, whereas the second represents the more chaotic nighttime presence. 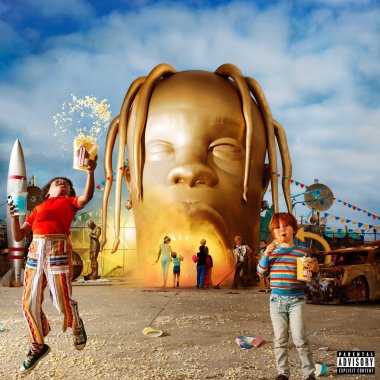 While we are currently unsure who will be joining La Flame on Astroworld, we do have a general idea. Over the past year, Travis has been pictured working in the studio with artists such as OVO’s PARTYNEXTDOOR, Tame Impala frontman Kevin Parker, and Swedish talent Yung Lean. Earlier this July, it was reported that Travis had rented out an Airbnb in Hawaii and assembled a star-stacked team of collaborators that include Gunna, Sonny Digital, FKi 1st, Don Toliver, Nav and most notably Mike Dean among others. Travis confirmed that recent G.O.O.D. Music signee Sheck Wes would indeed be appearing on the project in a recent conversation with Zane Lowe on Beats One Radio. With this kind of diverse artistic firepower, the possibilities of Astroworld pushing the rap genre’s boundaries are endless.

It’s hard to argue just how high the expectations for this project are. The hype has been steadily building since Travis first announced it years ago, even before he had released his sophomore effort Birds in the Trap Sing McKnight. Fans expect Astroworld to be the most insane, sonically gorgeous album of Scott’s career (and arguably, all time), which can be dangerous. I usually tend to sway away from overhyping projects before they release as I find that high expectations can quickly ruin a solid album. However, it’s hard to not give into all the hype. Mike Dean himself, said that it will make you “sh*t your fuc*ing pants”. Travis’s manager Daniel was even filmed saying that Astroworld was better than Rodeo, Scott’s debut classic. If Astroworld is truly what it seems that the potential influence on hip-hop as a whole will be substantial. I believe that this could really be Travis’s make or break album, depending on reception from the hip-hop community. While La Flame is already one of rap’s biggest superstars, is it finally his time to become one of the game’s main contenders?

Most of our questions won’t be answered until the project drops. Will his KIDS SEE GHOSTS collab with ‘Ye and Cudi come to light? Will any songs truly be able to top the mastery that is “90210”? Will Travis take a more mature approach to his content now that he’s a father? Will there be a part two to “Drugs You Should Try It”? Why did I stay up until 2 a.m. the night before writing about it? Hopefully, we’ll find out tonight (editors note: “if not, we’ll find out on the next episode of DRAGON BALL Z”).

20. View all posts by camhache