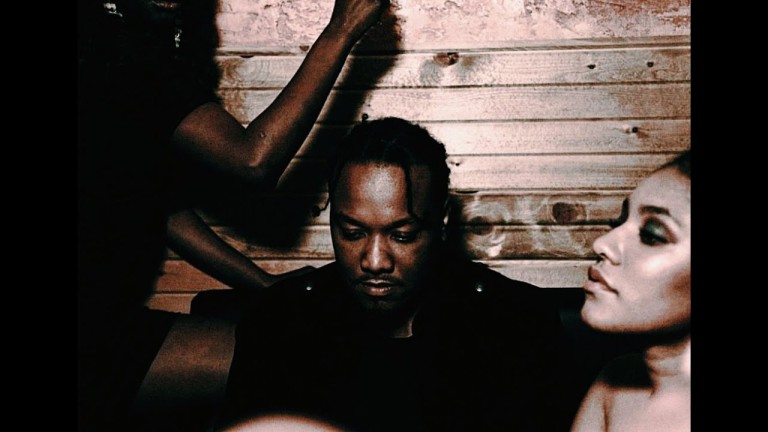 It’s been 3 years and 7 months since Edmonton-based rapper/R&B crooner K-Riz released his first music video, Levitate, for his debut album, Fresh Air. It’s a simple video, void of bells and whistles yet ushering a sense of urgency that only a talented, lone dancer in a darkening spiral parking garage can elicit (right? Right). Fast forward 43 months, a few lessons learned, and a couple shows in South Korea later and we find ourselves facing the next chapter of K-Riz in the form of a visual release for his latest single, If We.

If We is a completely different kind of video for the artist’s entrance into his latest saga. Not only are we seeing those bells and whistles in the form of graphics and camera tricks, but it also puts K-Riz into the hot seat. In Levitate, the music video wasn’t about K – only his voice made an appearance. Brooding over an almost (read, hopeful) romantic encounter, K-Riz shows no fear in taking over that spotlight and rightfully embracing a little vanity in his patient (read, still hopeful) attempt to catch the eye of feature artist Nica, who’s sweet, soft vocals prove to be the perfect match.

But what’s a great music video without a strong foundation to put it all together? Betty Abebayehu takes the reigns as Director for this piece, showing off her creative flexes and artistic talent with long time collaborator Jeff Eckert getting the best angles. And you know it’s not complete without a bad ass lady crew compromised of Celine Caruso, Gloria B, Ejiro Enaibe and Maria to dominate each scene.

With a bangin’ beat by Grammy Nominated Producer LordQuest, I can’t help but wonder what else K-Riz has in store for his upcoming sophomore album, set to release later this year.

Check out If We below.