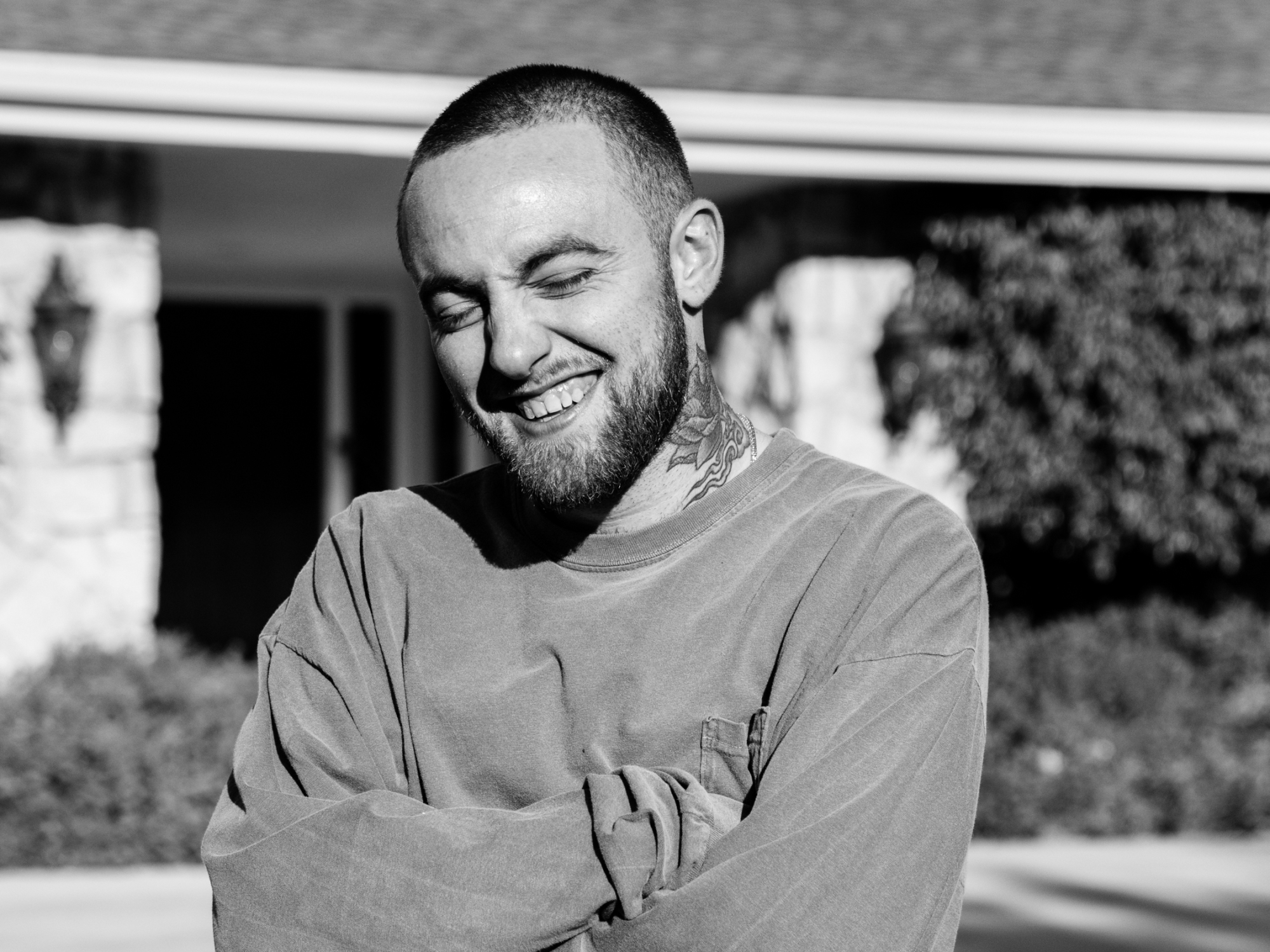 In honor of Mac’s 29th birthday, I decided to step outside of my comfort zone and share something deeply personal to me. I wrote a majority of this piece last May, with no intention of it ever seeing the light. However, months later, it seems just as relevant as it was the night I wrote it.

I hope you enjoy.

Life has been pretty difficult lately. As I’m sure you’re aware, we’re living in an unprecedented time full of uncertainty and anxiety.

I began my self-isolation journey last April abruptly returning home from university, unsure of what was to come. Little did I know, in the upcoming weeks I would come to lose my job, learn to exist without the comfort of friends and family, and experience what is beginning to feel like an endless cycle of repetitiveness and stagnation. In all of this, in these everso somber days, I found a voice in Mac Miller.

I could never consider myself a Mac fan until the release of his fifth studio album, Swimming. Other than his college anthems, I had never experimented with his discography, listened to his mixtapes, watched his interviews, or truly gotten to know his genius. But this album changed everything for me. It became a calming and reassuring voice during my transition into my first-year of university, an often stressful and nerve-wracking period of my life. Swimming is a beautiful album, ultimately about Mac’s self-acceptance. It’s about accepting that we’re imperfect, and accepting that healing is not simply a destination, but a journey. From there I got to discover the artist, and the genius, that was Malcolm McCormick. Just as I was beginning a swift transition to casual fan, I scrolled to the heartbreaking news that he had suddenly passed. I remember sitting in my dorm in tears, in disbelief that someone so young and full of life was suddenly gone. I can’t even imagine how it felt for those that grew up on Mac and had him as a voice for over a decade of memories.

A year and a bit went by before Mac’s estate announced Circles, an album executively produced and completed by composer Jon Brion. It became my perfect Sunday morning album, one filled with reflection yet a hopeful optimism to keep moving forward. Now, it accompanies Swimming as an album that I listen to almost every single day. Although Circles was unfinished, it continued Swimming’s themes of depression, personal growth, and pushing through life’s hardships. It was raw, honest, and most of all, heartbreakingly beautiful.

Swimming and Circles convey the portrait of a man trying his best to tread life’s often precarious waters, something that feels increasingly relatable to me. After spending months in self-isolation, this body of work became the perfect soundtrack to my day-to-day life. We were caught in a lifestyle of constant moving parts, always focused on what’s to come next and what to expect and right in the middle of all that chaos, everything came to a halt. We were forced to stay at home and simply do nothing. I felt depressed, stuck inside of what felt like a void of absolute nothingness. There was no longer anything to look forward to and events that I had been excited for were suddenly gone with little hope of revival anytime soon – as we continue to experience this on a monthly basis, it only continues to get more and more difficult. But, with that came a lot of reflection, and that is how I found myself completely lost once again in Mac’s final two studio albums.

Although from the outside Mac had everything right – success, money, and a passionate career, his lyrics prove that he dealt with the burnout we all face every day. We all have ups and downs and exhaustion from the constant hurdles life throws at us. All of a sudden, there was an opportunity to reflect on my past, take more responsibility and ownership, explore my self-discovery, seek understanding, and work towards becoming a better person. It was time for me to take the pedal off of everything else and focus solely on myself.

Circles is meant to be a companion album to Swimming, completing the concept of ‘swimming in circles’. In each project, Mac finds himself expressing his efforts to keep his head above the water and keep moving forward, no matter how pointless and stagnant it may seem sometimes. Maybe that’s why I found myself resonating with those projects so much. There’s a comfort in his words, that although things can get dark and difficult, there is always a hope that one day you too will be comfortable living with your own thoughts.

Mac often tries to understand his relationship with himself and so do I. He often writes about things that I struggle to bring to words. Music was Mac’s therapy, and listening to it became mine. As someone who can often feel depressed and anxious, listening to his music really does help me stay positive and keep true to myself. It provides such a calming, optimistic voice in a time where nearly everything else points to otherwise. His music echoes a sense of loneliness that I truly think we can relate to right now, as he speaks on something that we all struggle to do – talk earnestly about our efforts with mental health. And oftentimes, it feels like there’s a bigger weight on my mental health than ever. It’s not difficult for me to find myself drowning in each nerve-wracking thought that pops into my head. Oftentimes, it feels nearly impossible to prevent it from happening. Mac’s music alleviates these feelings gracefully, providing a sense of relief in a time of immense uncertainty. He lets you know that what you’re feeling is okay. He lets you know that you’re not alone. And the thing is – he’s absolutely right.

I find it strange to miss someone so much that I never met, or never truly knew until they were gone. But, it reminds me that life is fleeting and that we should never take for granted the artistry of those while they’re still around. I’ll kick myself for never being able to see him in concert for the rest of my life, however, the least I can do is enjoy what he’s left me.

Nowadays, we are all swimming in circles. I guess it’s important to remember to keep going.

It’s what he would’ve wanted us to do anyway.

Happy birthday, Mac. Thank you for everything.

20. View all posts by camhache